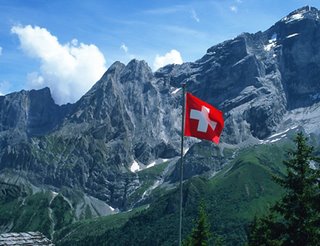 Big deal, you might say. She fails every time she posts on the blog. But this one really hurts. I was asked to write an article on Cohesion Funds and why they were an extremely bad idea economically, politically and fiscally by the only German-language eurosceptic publication Die Weltwoche.

I wrote the article and it was duly translated and published. The aim was to warn the good burghers of Switzerland (and everyone else in that country, naturally) that paying over large sums of money to the EU supposedly to help the new member states would do nothing of the kind.

There will be no accounting for this money any more than there has been for other sums that have been swallowed in the great black hole, named the EU budget. The only reason the Swiss are being blackmailed (well, emotionally blackmailed) is because the EU has no money to fulfil its vague promises to the East European countries, whose politicians managed to get those votes in favour of membership by promises of extensive largesse that is not, at present, forthcoming. After all, the countries that have been receiving Cohesion Funds (with the exception of Ireland) go on receiving them, despite being considerably better off than the new members.

Alas, my arguments did not work any more than anybody else’s. On a low turn-out (44.4 per cent) the Swiss voted in favour of the law to hand over to the EU 1 billion Swiss francs ($830 million, £430 million, €630 million) to help the ten new member states.

The arguments in favour of handing over the money ran along two lines. On the one hand, the backers said, if we do not give the East Europeans financial help, their economies will go belly up and immigrants will pour into Switzerland as well as other countries.

On the other hand, if we do not hand money over to the EU:

could lead the European Union to take a new, hard line in future negotiations with Switzerland. Cooperation agreements on transit, energy and research issues between Switzerland and the EU are all currently under discussion.

Delightful. The opponents glumly pointed out that once you have paid the Danegeld you never get rid of the Dane (or whatever the Swiss equivalent of that is and with apologies to the present population of Denmark). In other words, the EU will not be satisfied with what they have. They will demand more and use this result as an argument for future financial exactions.

In fact, rather menacingly:

It also means that Bulgaria and Romania, which are slated to join the EU on Jan. 1 and do not currently stand to benefit from the funds, could be included in future payments without popular approval.

At some point the Swiss will have to call a halt to this extortion and wealth redistribution.