And still the MSM sleeps

In fact, Taylor Dinerman was writing about this system in Space review in June last, pointing out that developments in this field were disturbing both the Europeans and the US. The Chinese, he wrote, were going to try to do to America and Europe what the Europeans, under French leadership, had tried to do to the US – using their system to neutralise the US military advantage.

The original plan was for the European Galileo signal frequency to be so close to the US M-code one that any attempt to jam their signal would interfere with the US system’s operation: a neat trick that was aimed at giving France a de facto veto over all US military operations. However, writes Dinerman, the rest of Europe didn’t care to follow France into a conflict of this kind with the US so they forced France to swallow an agreement on harmonising frequencies.

However, the Chinese are not likely to be anything like as "reasonable" and the spectre now emerges that the Chinese will be developing a system with frequencies so close to the US system that jamming becomes impossible without mutual degradation.

But what is also emerging is that China has benefited hugely from its participation in the Galileo programme, gaining the knowledge it needed to develop its own system. This may, in fact, have been the real reason why it joined in the first place, leaving the Europeans with egg on their face. 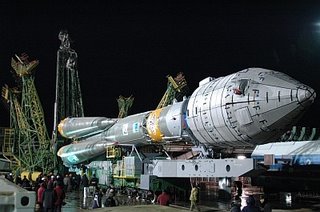 Although this drama has been totally missed by the MSM, it has belatedly been picked up by the magazine New Scientist. It ignores the military implications but notes that China's decision to expand the functionality of its satellite navigation network could undermine the economics of Galileo. By providing a free or commercially competitive service to customers provisionally staked out by the Galileo consortium, this could drastically reduces its ability to recoup the €2.5 billion cost.

According to New Scientist, the EU's official position is that it does not expect China's plan to impact on Galileo, but that is whistling in the dark. With the already free availability of the US Navstar system and the Russian intention to develop Glonass, the sky is now beginning to look very crowded indeed.

But the biggest threat to Galileo seems to be the ability of receiver manufacturers to integrate the signals from all the rival systems to provide a level of accuracy and reliability available to none of the systems operating independently.

Where we stand with the military implications, though, is as yet uncertain and whether this affects the Indian attitude remains to be seen. But what is increasingly certain is that the UK, is casting its lot in with Galileo, has put its money into another financial black hole.

Between the Airbus A380 and Galileo, we are looking at potential losses of well over £1 billion. And still the MSM sleeps.