Justice is as justice does

Our readers might like to know something about a few cases that are being discussed around the world. Only three today of varying severity.

In Iran, the death sentences on ten Ahwazi Arabs, accused of bomb attacks in Ahwaz, have been confirmed after what can be described as perfunctory trials. Several of the accused were actually in prison at the time of the explosion, others can prove that they were not anywhere near the stricken area.

When their lawyers protested against the treatment the prisoners had received and against the secret kangaroo courts in which they were tried, the lawyers, too, were arrested.

The men will be hanged in public.

The case of Salah Uddin Shoaib Choudhury, which we have mentioned before, is being brought back into court today. The man himself is highly pessimistic about the outcome of the trial as he thinks the judge has made up his mind against him. He is probably right. 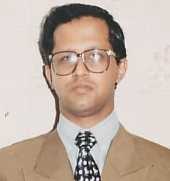 Michelle Malkin is, as usual, on the case (I am glad she got over the election results so quickly and has rushed back into the fray) and points out that Rep. Mark Kirby (R-Ill), re-elected for the fourth term, has raised the case in Congress and has been joined in his fight for Choudhury’s freedom by a bipartisan group of Senators and Representatives. She also asks whether the newly elected Rep. Keith Ellison, D-Minnesota, the first Muslim member of Congress join Rep. Kirby’s fight.

I may have missed it, but I have seen nothing in our own British Parliament, though, surely, Bangladesh is a member of the Commonwealth.

Finally, a case that affects our own country. This is not quite so serious, in the sense that nobody is about to be executed, nobody has been tortured or beaten up. So, what’s all the fuss about?

Well, I do not like the idea that we live in a country that is seen as a libel haven by all sorts of nasties around the world, who, knowing that they can do nothing in countries where there is some protection of the right to freedom of speech, come to Britain and the British courts to silence those who dare to write about them. 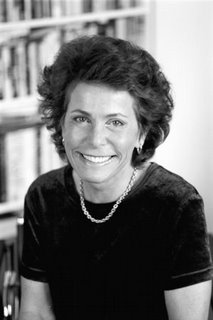 Rachel Ehrenfeld’s fight to be able to publish her findings (all in the public domain) about the Saudi financier, Khalid bin Mahfouz, has been widely chronicled, most recently in the NY Sun and The First Post. The two stories are worth reading – they are not long – to get the gist of the case as it stands now.

What concerns us is the intolerable situation of Britain’s libel laws, which, far from offering protection to individuals unjustly attacked by corporate entities or the MSM (but I repeat myself) have become to a great extent a weapon of censorship. When a Saudi financier can sue for libel in Britain over a book that has not even been published here, thus circumventing the First Amendment to the US Constitution, we are in trouble.

There is one point on which I disagree with Dr Ehrenfeld. Our libel laws are not archaic. They may be rooted in mediaeval laws but, as they exist now, they are very new, indeed. It is the American Constitution that is archaic. Poor dears, they still believe in freedom of speech.