It seems there is no limit to the amateurism of the Beeb, its website offering so-called background information on yesterday's tragic attack on an Army patrol boat.

"What kind of boats do British forces use?" the piece asks rehetorically, using a Q&A format often adopted by the Beeb. Answering its own question, it tells us: "Patrolling the Shatt al-Arab is a risky job for troops because the waterway is too narrow and shallow for large, well-armoured vessels. Instead British forces use so-called 'rigid raider' launches, which can carry up to a dozen troops." 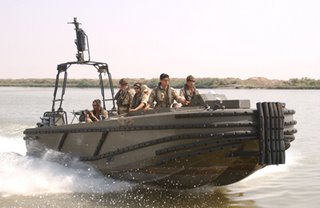 From our piece, readers will be aware that the Army operates two main types of patrol craft, the "Rigid Raider" and the "Combat Support Boat". We have published pictures of both but the BBC, in its news report, offers only one, a picture of a combat support boat (right), attributed to "PA" but actually taken by an MoD photographer in August 2003 (they can't even get the attribution right).

This makes the Beeb piece inaccurate. Another word is "wrong". For sure, this is only a matter of detail, and technical detail at that, so does it really matter? In isolation, possibly not. But it does display is a casual sloppiness on the part of the author and his or her employing organisation. Just a few minutes on Google identifies the MoD site and a few more minutes gives you pictures of the boats in use in Iraq. Doing those checks is what being a professional is all about and, while we all make mistakes, the Beeb is taking our money for its "services". 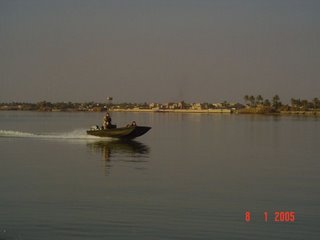 Furthermore, the error does not stop with the boat type. Says the Beeb: "Patrolling the Shatt al-Arab is a risky job for troops because the waterway is too narrow and shallow for large, well-armoured vessels." Yet, the pictures we showed yesterday are of a wide waterway, navigated by substantial craft. The one left, featuring a rigid raider, also shows a wide waterway. (See also picture at the end of this piece, which also depicts a rigid raider.)

With such a casual regard for truth and accuracy, one really does have good cause for wondering whether the Beeb can or should be trusted on other things. And it is not just a question of what they are getting wrong, but what they are missing or, in their amateur way, failing to understand.

In this context, we now have a number of more detailed reports of yesterday's incident. A number of them, based on agency input, tell us that two of the soldiers killed were from 45 Commando Royal Marines and one each was from the Royal Signals and the Intelligence Corps.

It is The Times, though, with a piece by Michael Evans, defence editor, which gives us important detail – not offered at all by the Beeb and many others.

Evans tells us that the military personnel had been engaged in a routine patrol of the river, travelling in two boats, looking for suspicious craft and monitoring movements along the bank from where mortar rounds have been fired in the past. It was as the boats approached a pontoon on the waterway on the west side that an improvised explosive device detonated, probably by remote control. Shia Islamic terrorists were suspected of carrying out the attack. 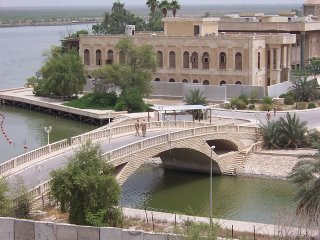 The crucial information here is that the boats were part of the defensive effort against the continued mortar attacks, one of which, on the Shatt Al-Arab Hotel in early October killed a soldier from the Royal Army Medical Corps. And, as we know, the Basra Palace complex, is beside the waterway, which makes it prone to attack from that direction.

That the insurgents were able to target the boats suggests that the movements of the vessels were known and predictable. It is not inconceivable that the mortaring and this attack were linked, the one setting us the site for a later ambush of the patrol.

That said, hindsight is a wonderful tool and it is easy to be an armchair general. But the point is that each and every death of a British serviceman is exploited by the anti-war groups, and adds to the unease of the general population about the conduct of the war.

As we pointed out earlier, if Blair is to keep troops actively engaged in southern Iraq, he must have at the very least the tolerance of our population. To ensure that, every effort must be made to protect our troops from harm. 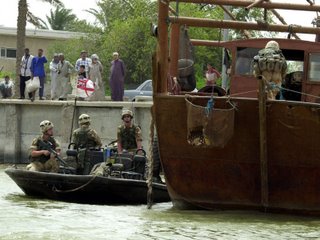 On the basis of what we know, we cannot be assured that that is the case and it will take only a few more incidents like this before the pressure for a full-scale withdrawal becomes unstoppable.

But, without good information on what is happening out there, we are all at a loss: the quality of debate and understanding will suffer. For that we need or should be able to rely on the British Broadcasting Corporation. Instead, we have is a collection of amateurs who - amongst other things - want to tell us, without qualification, that the Shatt Al-Arab is "narrow and shallow".

We are not being well served.

It seems the Scotsman has also caught the "amateur" disease with a piece so off the wall that, if we weren't dealing with such a serious subject, it would actually be funny. It writes: 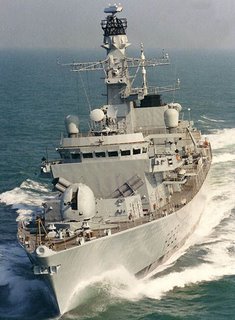 Around Basra, it is too narrow and shallow for large vessels such as frigates, necessitating the use of so-called "rigid raider" launches. These typically carry up to a dozen Royal Marines or soldiers, and have only light arms for protection.

This leaves them vulnerable to attack, especially when they slow down to go under the many low bridges that criss-cross that part of the Shatt Al Arab and are open to the public.

One insurgent tactic has been to push small children to the front of the bridges, and then throw missiles over them - meaning it is virtually impossible for coalition troops to return fire for fear of hitting the youngsters.

The British troops carry out the dual role of protecting British bases in Basra while another detachment works from Umm Qasr, protecting the strategic port which is the supply lifeline for UK troops in the area. The marines and navy personnel also guard against water-borne terrorist attacks on offshore oil-pumping stations and merchant shipping.

Er… the frigate is above right. There is nothing in between that and a "rigid raider" (above left)? And what about the use of helicopters?

I suppose an equivalent is, "We can't get a tank down these roads, chaps, so we're going to have to use bicycles". From where do they get these people?