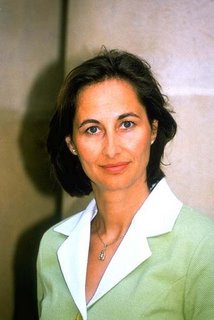 After a day of presidential "primaries" (why is it that Europeans keep taking over American political ideas if they despise the Yanquies so much?) the French Socialist Party has picked Ségolène Royale as its presidential candidate, which ought to make the forthcoming election campaign quite a lot more entertaining as well as chic than any had been in the past.

Let us hope nobody compares Mme Royale to Margaret Thatcher as this seems to be the fate of all women politicians all over the world, whether they have anything in common with the Iron Lady or not. Though, I imagine Mme Royale is pretty convincingly an iron lady if she managed to fight her way though the phallocratic French political scene, especially on the left. But she is still a socialist.