Apparently the American system is not dying after all 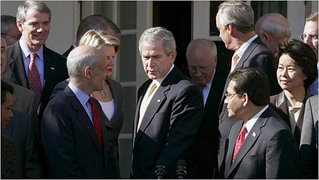 A few short days ago there was much weeping and gnashing of teeth about the American political and constitutional system. It was dying. Democracy had no future in that country. The people of the United States were not to be trusted with their own future. The Constitution was clearly a seriously flawed document.

Well, well. What a difference a few days can make. It seems that the American system is not dying after all. The Constitution is a very fine document; democracy is flourishing and the American people are not the moronic hicks we were led to believe they are. All because the Democrats are now controlling the House of Representatives and (just) the Senate. God’s in his Heaven and all’s right with the world.