It's the way they tell 'em 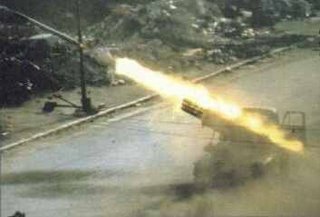 Thanks again to Biased BBC, which has produced the following gem from a BBC report on Human Rights Watch and Amnesty, quoting with a completely straight face, it seems:

Amnesty found that Hezbollah hid Katyusha rockets among civilians and often fired them into Israel from the cover of civilian villages. But researchers found no evidence that Hezbollah actually used civilians as human shields during the fighting.

And the story? Oh well, that's about Israel investigating its use of cluster bombs during the recent war with Hezbollah, who have nothing to investigate as they have done nothing wrong. Well, not according to the rather topsy-turvy logic used by Amnesty, Human Rights Watch and, of course, our own, our very own BBC.