We could have told them that…

The House of Commons Transport Committee yesterday produced a coruscating report, condemning the EU's European Aviation Safety Agency (EASA), calling it "accident waiting to happen", and advising the British government not to transfer more power to it.

This was picked up by Reuters, which reported: "UK lawmakers slam European air safety authority" (I do wish they would stop calling MPs "lawmakers") and by the BBC website, which had "EU airline safety agency attacked".

In the 367-page report, committee chairwoman Gwyneth Dunwoody says that EASA, which became operational in 2003, had failed to coordinate safety regulation across Europe and threatened air safety in the UK. EASA's "lamentable problems of governance, management and resources," the report adds, "must not be allowed to compromise aviation safety in the UK in any way". 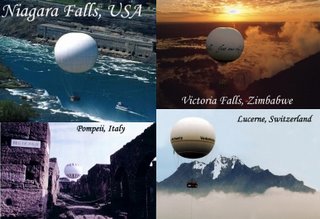 I suppose we should be grateful that the committee has finally caught up, but we have been complaining about EASA virtually since its inception in 2003 over the Linstrand HiFlyers (illustrated), an issue we returned to, many times. And there have also been dark tales about other failures, centred around the Airbus A380.

Until EASA moved in on the territory, aviation safety in the UK had been regulated by the Civil Aviation Authority (CAA) – which had had a world-wide reputation for excellence. But it is being forced to divest its powers to an untried and clearly inadequate European agency.

Yet, such is the shift of power to Brussels from this our formerly independent nation state that Dunwoody's primary recommendation is that the EU commission "must examine closely the shambolic nature of the project to date, and apply the lessons learnt to future endeavours."

We are not the only ones to be concerned.