Any ideas on how to go about this? 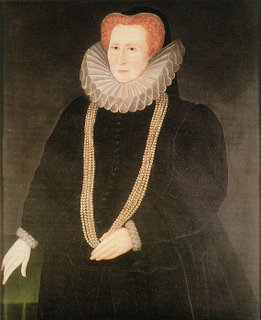 This Saturday will see the annual Bruges Group Conference at King's College in London and, as our readers will note, many of the usual suspects will be speaking. I can say that because I am one of them.

However, sharp-eyed readers will note that I shall be this year’s token female speaker. I am told by the Director of the Bruges Group who organizes the conferences that this is not a question of tokenism: I shall be there on the platform entirely because of merit.

That’s very nice. Thank you, Robert. But this does raise the question of why there are so few women who can talk or write on political matters in the eurosceptic world? One could argue that there are very few men and women but, in particular, there is a shortage of women.

The same goes for political bloggers. Of course, some of the women use various names and it is sometimes hard to tell the sex of a particular blogger. Equally, there are not nearly enough eurosceptic bloggers in Britain, anyway, and that has something to do with the fact that, unlike Americans, the British prefer to stick to organized party politics and party loyalties. (If you want any proof of this, the account of who won the ConservativeHome political prizes yesterday, should do it.)

Beyond that, however, in the country, one of whose greatest Prime Ministers was a woman, who has had superb women rulers, women writers and journalists, as well as strong-minded women in public life (such as Bess of Hardwick and Mary Wollstonecraft who are pictured in this posting) we have a serious dearth of women anywhere near the top of politics and journalism.

In particular, this shortage is to be noted in eurosceptic circles. And yet, with the new media, the growing importance of the internet and the blogosphere and the example of powerful women bloggers across the Pond, we should be doing much much better.

So here is my new idea: a network that would help women to become more active in eurosceptic circles (no, I don’t want to hear about the number of leaflets delivered by women and the cups of tea made by them – make your own tea, guys) and to utilize the new opportunities presented by the internet and the blogosphere for that purpose.

Ideas on how to go about it are welcome.