Leaving, on a jet plane… 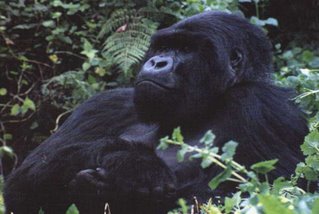 President Joseph Kabila of the Democratic Republic of Congo us holding a strong lead over his rival Jean-Pierre Bemba, with nearly 95 percent of results in from the second round of the presidential poll.

However, tensions are running high, with more fraud claims than the Democrats in Florida and the weekend punctuated by gun battles.

Democratic Republic of Congo's electoral commission has issued provisional results from 159 out of 169 constituencies, giving Kabila 59.2 percent and Bemba 40.8 percent of votes from last month's run-off, the climax of historic post-war polls.

Despite heightened fears that the final result may give rise to widespread disorder and possibly even civil war, the European Union has announced that it is to pull its "peacekeepers" out of the country on schedule from the end of this month despite the heightened tension.

German defence minister Franz Josef Jung said: "There is no reason for a prolongation. Our contribution is securing elections, that we have assured. Therefore, I believe that we can finish our mission in time and also successfully."

So there… we're leaving on a jet plane and, as the song goes, don't know when we'll be back again… Peter, Paul and Mary would have been so proud.