It can be revealed… 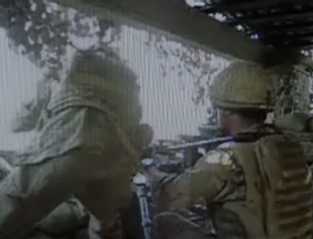 On the face of it, good stuff from The Telegraph today as it screams, "Cheap bullets put lives of paratroopers at risk".

The lives of paratroopers were put in danger after the MoD sent defective ammunition to Afghanistan, "it can be revealed", writes Thomas Harding, crying in aid an earlier piece in June, which complains about defence cuts – but does not mention ammunition.

In the current report, we are told that the situation became so serious that a platoon from the 3Bn the Parachute Regiment refused to go out on patrol until the problem was resolved. The troops had to borrow ammunition off Canadian and American special forces as they battled to fight off Taliban attacks.

Now, as we suggested – all good stuff, but after the event. It is nice cheap journalism, because all the newspaper does is print a story given to it on a plate.

But where was it, we might ask, when the issue of the closure of Royal Ordnance factories emerged? We reported on it here, here, here and here. Speaking to politicians at the time, they were in despair at the lack of interest shown by the media, so much so that in March 2006 we were commenting on an "unreported adjournment debate" on the issue.

We had other swipes at the MSM here and here and, while the Booker column supported us, the rest of the media went its own way, fuelled by its diet of trivia. 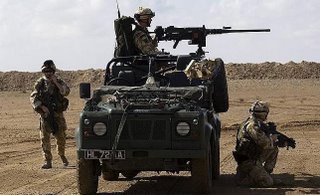 Nor indeed is the issue a new one. In July 2003, before this Blog was established, Bill Neely, the ITN embedded journalist with 42 Commando in Basra, told Parliament that 60,000 rounds of heavy ammunition failed at a crucial time.

It was not followed through, and none of the established media have explored how we have destroyed our own indigenous ammunition manufacture. There has been complete silence on the issue, which affects both security and quality. But now we get the cheap "quickie" story and the self-important "it can be revealed".

However, today, we can reveal that cheap journalism puts lives at risk.