You read it here first 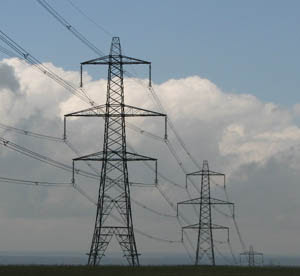 It was a few days ago when we suggested that plans to introduce a "windfall tax" on energy profits were already in hand, using the EU's emissions trading scheme as a mechanism for extracting the cash.

Today, we see in The Sunday Times a confirmation that Gordon Brown is planning precisely that. What he is doing is seeking – from our masters in Brussels – permission to increase the seven percent of emissions permits up for auction to ten percent, thus yielding another £500 million.

The worst of it is that this is being styled as a "green tax" on energy firms to help poor, a cynical and dangerous impost on energy companies which diverts attention from the fact that the hike in energy prices is primarily due to the government's failure to construct a coherent energy policy.

That this abstraction of cash is dangerous is evident – if you read between the lines – from a second piece in The Sunday Times which tells us that, "Britain's electricity transmission and distribution companies are to announce plans for a £10 billion rewiring of Britain."

This is not actually the case. Reading into the story, we find that if refers to a "report due this autumn" which will "warn" that a £10 billion revamp of the national grid is needed to accommodate the proliferation of windmills and bring them into the system.

This is something we flagged up last year and put a figure on it earlier this month. Now you read it in the MSM.

What is worrying though is that while we actually get confirmation of this figure from Steve Smith, managing director of networks at Ofgem, the report is actually couched in terms of the grid needing this investment - about £3 billion more than the current value of the whole system. But there are no indications that this investment has been secured, or even that the energy companies will be prepared to part with such a huge sum – especially when Gordon Brown passim is planning to extract still more money from the system.

Interestingly, at the time of writing, there had been only one comment to the online piece, from David Martin of Bristol. He wrote:

It is perhaps worth pointing out that the nameplate 33GW of wind power will only output around 10GW on average per hour - around 7 Areva nuclear reactors. The cost will be around £80bn before adding this £10bn. Nuclear stations as well as costing perhaps £28bn would not need so many new lines.

Third in the "you read it here first" stakes is an ineffably shallow commentary from Jill Kirby, director of the think-tank, Centre for Policy Studies. With almost a "man in pub" level of superficiality, she pontificates about the coming energy crisis, suggesting that David Cameron should be thinking of subsidising nuclear energy, so that the good lady does not have to clean her teeth in the dark.

There was a time when the likes of the CPS drove the political agenda but, if this is the best Mz Kirby has to offer, we are really in trouble. As we have already remarked new-build nuclear plants are not a solution to power cuts in the short to medium term. We have already left it too late.

Where the egregious Kirby is bang on the button though is in her closing comments, where she notes that, "When the energy crunch comes, Cameron is likely to be in 10 Downing Street. He will have no desire to follow in the footsteps of Edward Heath and be forced to order national power blackouts."

That is precisely the point we made last May and one which Cameron had better heed. Without a coherent energy policy, nothing of his plans for a better Britain will survive. He will go down in history as the man who presided over a blackout Britain.

And that is another thing you read here first.