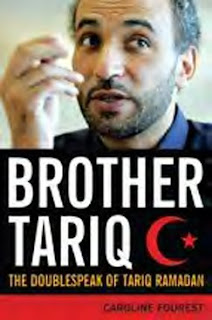 By now I have lost count of the number of talks I have heard from people who should know something about the subject (one of them was Peter Clarke, until recently in charge of the Metropolitan Police Service's section on counter-terrorism), which all come up with the same point. It is so difficult to deal with Islamists and their supporters because we are not used to the way they think, act and organize themselves.

In particular, they tell us, the Islamist groups are not like the IRA. Well, no, they are not. But then, the IRA was a relatively untypical terrorist organization in that its aims were limited and clearly stated; they organized themselves as an army with a command structure; and if they infiltrated any other organization it was for a specific purpose, be that gathering of information or terrorist activity.

On the other hand, there have been plenty of political and terrorist organizations in the past whom our present-day enemy does resemble. These thoughts were once again going through my mind as I was reading Caroline Fourest's "Brother Tariq - The Doublespeak of Tariq Ramadan", a book I can sincerely recommend to anyone who is interested both in the eponymous hero and in the swirling movements around him.

Tariq Ramadan, who is, to my great embarrassment but no suprise, a fellow of my old college at Oxford, is a very dangerous man. He confuses many of his Western interlocutors because he appears to be a steady follower of the rules of action laid down by his maternal grandfather, Hassan al-Bana, founder of the Muslim Brotherhood.

This is what Ms Fourest, a highly regarded French writer and journalist and a woman of the left, says about the Muslim Brotherhood:

From the very start, the Muslim Brotherhood has been based on an ambiguity: that of being at one and the same time an organized movement and a way of thinking. The movement's founding law, which dates from 1945, defines an 'active member' as someone who has pledged allegiance to the Guide, but the great majority of those committed to serve the Brotherhood's ideology do so on an informal basis. These agents spread al-Banna's message and his methods, without being an integral part of the organization.

The movement had, to be sure, an official structure that represented it in political dealings with institutions. The Brotherhood even ahd a flag: two crossed swords with the Koran as a background. The organization's officers intoduced themselves as members of the Muslim Brotherhood if, in so doing, negotiations with the Egyptian government or other administrations were facilitated.

But the Brotherhood consisted of much more than this official façade. Some sections were engaged in infiltration operations that were of necessity undercover. Other sections organized terrorist attacks that had to be publicly condemned so as not to discredit the official line taken by the head office.

Steps were taken to separate, as far as possible, the sections that were in the public eye from the undercover cells, either because the latter were more radical or because their mission had to remain confidential.

This led to the creation of an unofficial branch, knowns as the Secret Organization, in charge of the most sensitive operations.

Well, well, I thought, now who does that remind me of? Could it be the Communist Party and the Communist International, who created parallel structures in most countries where it was possible, from the very beginning? Not much changed between the early days of 1920 - 21 when gold was exported from starving Russia (famine caused, naturally enough, by the Bolshevik government's policies) not to buy in grain but to fund subversive organizations in the United States and Britain and the situation in the seventies and eighties when the mighty Soviet Union secretly sent funds to such organizations as the German "Generals for Peace".

Why do we have to re-learn the same lesson over and over again? It is bad enough that the powers that be refused to deal with that "unknown unknown" the need for anti-subversion. That has damaged the West and this country in particular a great deal. Our refusal to learn those lessons will harm us again now and in the future.
Posted by Helen at 17:37