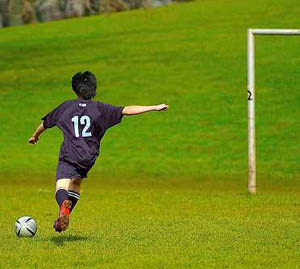 I do not particularly like Philip Stott, who is rather too pompous, and self-important even for my taste.

However, I cannot disagree (entirely) with his conclusion in his latest post on energy, where he declares:

Finally, but most importantly, the Government must place energy right at the top of the political agenda, and establish a settled energy policy within which the utilities and businesses can feel confident about the commercial environment within which they are planning for the - for our - future.

There are, nevertheless, two problems with his piece, which – with doubtless unconscious irony – is headed: "The Energy Elephant Trumpets At Last".

Firstly, he does not define what he means by "the government", the assumption being that he is talking about our provincial government in London. Yet, as we pointed out yesterday, energy policy has become subordinated to the "climate change" agenda, and that is entirely dictated from Brussels.

We cannot frame an independent energy policy without a serious confrontation with the EU, which none of our mainstream political parties is prepared to countenance. Yet that particular "elephant in the room" escapes Stott's attention.

Secondly, when Stott does refer to our current provincial government, he neglects the role of the opposition Conservative Party. To put energy on the political map, it needs the fuel of political controversy to keep it going. Despite substantial airing of the issue in the weekend press, however, there has been no significant input from the Tories. Predictably, the issue – entirely unresolved – has now been relegated to the business pages.

Worse still, the highlight of the Tory agenda yesterday was Michael Gove's ill-considered attack on "laddish mags", for which he was rightly trashed on the Conservative Home comments.

The effect of political input was well demonstrated on Friday, when the Republicans staged their demonstration in Congress. This set the US political blogs on fire, with energy catapulted to the top of their agenda.

But, today, the Tories are back again with their self-indulgent soft-edged, social agenda, this time on divorce - and the political blogs lamely trail in their wake, with no attempt at setting their own agenda.

No one disputes the need to air such "soft" issues, but they cannot and must not be to the exclusion of all else. The Tories need reminding that, without a coherent energy policy, no other policy can survive.

Furthermore, the test of a political party's fitness for government is how well it performs in opposition. By that measure – on energy, if nothing else – Mr Cameron's party is seriously wanting. This is potentially the most serious crisis Britain faces.

That Cameron and his colleagues may take the country by default – only because voters are presented with a choice between them and the unelectable Labour party - is no evidence that his administration will be any better than the one it replaces. In fact, all the evidence is that, in the key area of energy, Cameron's policy will be very little different from that of his predecessor.

With a political "open goal" in front of the Tories, however, it is a serious dereliction of duty that they should not capitalise on it, and tap the ball into the net. If Cameron and his so far lack-lustre shadow cabinet cannot do even that, then it raises very serious questions as to their fitness for office.