Beyond the capability of mere mortals 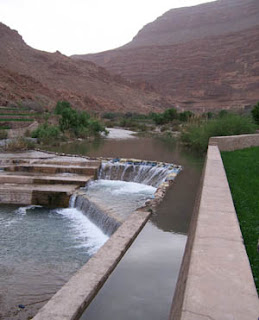 The capacity for the great and the good of the tranzie world to get together and blather – usually at our expense – seems unending.

One of their latest gab-fests is "World Water Week", celebrated by the egregious Euractiv. It publishes an article which has scientists and experts from around the world warning that "global food wastage must be halved by 2025 to meet the challenges of feeding the rapidly-growing population and preserving global water supplies."

The event was also reported by AFP two days ago, not that I noticed, and it seems to have been ignored completely by the MSM. However, that report did usefully remind us that "as much as half the water used to grow food world-wide is lost due to waste," since "roughly fifty percent of the food that farmers grow is lost or wasted."

The outcome of the deliberations was that, "Weak policy, poor management, increasing waste and exploding water demands are pushing the planet towards the tipping point of global water crisis," with the meeting calling on governments "to place an effective water-saving strategy, requiring that food wastage be minimised, firmly on the political agenda."

All good stuff, of course, but what is missing entirely is a recognition that current policy initiatives, such as the EU's pesticide directive are set to make the situation immeasurably worse.

Despite this, the emphasis on waste is no bad thing. Far too often, the bulk of effort is directed at increasing production, heedless of the fact that, globally, half of that which is produced is then lost. Without devoting any more acreage to food production, the amount of produce that could be brought to market could be doubled if more attention was paid to disease and pest control, better storage and better distribution.

As much attention, though, needs to be given to perverse policy initiatives - for which the EU is justly famous - which actually create more problems than they solve. But then resolving these would require forcing the EU to act rationally, which is probably beyond the capability of mere mortals. Solving the world food crisis – or any other crisis for that matter – is child's play by comparison.