The joy of Palin 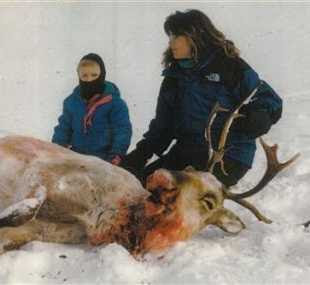 While the selection of a huntin' shootin' fishin' Alaskan mom is a "good thing" in its own right, McCain's choice of running mate is even more welcome when you consider what could have been.

According to IHT, and doubtless many other journals, right until the last minute, McCain wanted to appoint his good friend Senator Joseph Lieberman of Connecticut, the Democrat turned independent.

What blew Lieberman out of the water, apparently, was outrage from Christian conservatives over the possibility that the independent Senator was a supporter of abortion rights. Sarah Palin, on the other hand, is a convinced anti-abortionist and is beloved by the party's religious base. Add to that the virtue that she does not come off as shrill, and this cemented the deal.

However, while abortion plays big on the US electoral scene – as opposed to the UK where the issue is treated as non-party political, reserved for free votes in the House – equally important is the attitude of the respective players to AGW.

On the one hand, Palin is an avowed sceptic while, on the other, Lieberman is co-author of the failed – but potentially disastrous – Leiberman-Warner Bill which sought to impose "cap and trade" on the US economy. According to the think-tank Heritage, this could have triggered cumulative losses to the US gross domestic product (GDP) of at least $1.7 trillion, a sum that could have reached $4.8 trillion by 2030 (in inflation-adjusted 2006 dollars).

With McCain already far too close to the greenie agenda, having shown an unwarranted enthusiasm for subsidy wind farms, Palin thus comes as a welcome corrective.

Although the Vice President is considered essentially powerless, the fact that Palin is likely to carry her own support within the country – and perhaps prove decisive in trouncing Obama – this could put her in an unusually powerful position. It may be enough – we hope – to see off the greenies and bring some rationality to US policy on "climate change".

And how the greenies will hate her. That, is the joy of Palin, the mom who, one feels, would be quite happy adding the pelt of a polar bear to her office, to match that of the grizzly which already adorns her office sofa.