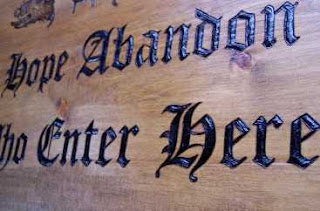 So cautions Irwin Stelzer, writing in The Daily Telegraph, yet another commentator on energy policy in what has become a politician-free zone.

The Tories, by contrast – seemingly determined to avoid any grown-up issues - are complaining that NHS trusts are calling in pest contractors to deal with the vermin problems they encounter.

The interesting thing about Stelzer's piece is that he is articulating the same point we made in our piece over the weekend - that neither nuclear nor renewables were the solution to our energy crisis. With western Europe being "overly dependent, to Vladimir Putin's delight" on natural gas, he thus concludes that the only realistic option is coal.

However, it would have been useful of Stelzer had gone a little further in his research, which might have helped him avoid some rather misleading statements. For instance, the world, he asserts, "has limitless supplies of coal, most located in nations friendly to the West."

Up to a point, Lord Copper … actually known reserves at current rates of consumption amount to about 200 years. But that is fair enough. In political terms, two centuries is essentially "limitless".

What brings on the smile (or grimace) though, in his advocacy of coal, he rather neglects to point out that the UK is almost wholly reliant on imports and that the main source is, er … Vladimir Putin's Russia.

Just as bad, our second major source is South Africa which, while still "friendly", is having its own problems and is not in a position to guarantee supply.

Further, Stelzer applauds the action of "European countries" who plan to build 50 new coal stations in the next five years, neglecting also to tell us that over half of these are to be in Germany, which will rely on its supplies from er ... Russia and South Africa – putting us in direct competition for insecure supplies.

Even more alarming, Stelzer reaches his conclusion that coal is the right option partly on the basis that nuclear is more expensive than claimed. But he is apparently unaware of the recent developments in South Africa. This country has determined that, in order to maintain its standing as a major exporter of coal, it must go nuclear to satisfy its domestic demand for electricity.

If nuclear is as problematical for western countries as Stelzer asserts, then it will be even more problematical for South Africa. In that case the likelihood of this country being able to continue with its massive coal exports begins to look more than a bit suspect.

This may explain why, even as we write, Germany’s Angela Merkel is seeking to reverse her predecessors's policy of abandoning nuclear energy. Despite the considerable political risks to her ruling coalition, she has realised the danger of excessive reliance on imported coal and gas – while also recognising that renewables will not give the continuity of supply her country needs.

If all of this passes Stelzer by, his sins are mere blemishes compared with the government's default position on electricity supply. We use the word "default" because this is emerging not as the result of any considered energy policy but as a consequence of its lack of policy.

What, in effect, it happening is that the UK will be forced to maximise its reliance on natural gas, owing to the predicatable failure of its programme of installing windmills. Combined with the EU-enforced programme of closing down coal-fired stations and the scheduled retirement of our existing nuclear power stations, our generators will have no option but to fill the gap with gas-fired plant.

As we observed yesterday – and many times earlier – for those who are following the serpentine twists of this issue, this makes the absence of the Conservatives from the debate all the more alarming. We have no expectations of the Labour government getting its act together, which makes it imperative that its putative successor comes up with a worthwhile policy.

If the Conservatives instead insist on avoiding the issue, then Stelzer is entirely right in cautioning that we should abandon hope. What Cameron might like to dwell on is that, when the lights go out, the next step will be to abandon the Conservatives.