The essence of politics 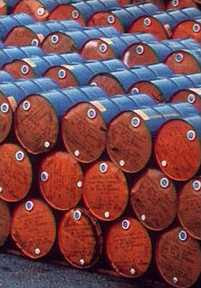 Martin Vander Weyer in The Daily Telegraph op-ed writes that "the great oil bubble has burst".

We would observe that, given what was in the public domain last May, when we wrote this, the only surprise is that it lasted so long.

Equally, we are seeing bullish forecasts on the European cereal harvest, with expectations of output jumping to 16 percent above last year's level, bringing output to almost 301 million tons – a lift of 43m tons from the previous harvest.

Unsurprisingly, European milling wheat traded in Paris at €184 a tonne on Thursday, close to a 12-month low.

Once again, we are ahead of the game, having written this last April, tentatively suggesting that the food crisis was over, or largely under control – given that there were no weather events which had a major impact on yields.

As with price hikes, though, falling prices take their time to feed into the retail market but it is fair to assume that, in the short-term, some of the inflationary pressures that have been driving up prices have eased. Thus, those who are hoping that runaway inflation will destabilise Gordon Brown and ease Mr Cameron into office may well be disappointed.

Indeed, Brown may have pulled off his purple banana trick and may be able to return to the House in the autumn with cheering news, backfooting the Tories on the economic front.

However, while writing in April, we did caution that the putative good news was confined to the short-term. In the longer-term, the obsession with renewable energies and general "greenery", plus other measures which distort policy, are set to drive up prices, creating inflationary pressures that hitherto have been caused (in part) by commodity imbalances.

For those who make the fundamental mistake of believing that politics is about politicians, rather than policies, and thus dissipate their energies and talents on tittle-tattle and personal trivia, might do well to note that such future inflationary pressures as we do experience will be almost entirely government-induced.

Furthermore, those pressures will largely be the same irrespective of which party holds office in London, not least because the Tories share Labour's obsession with greenery, but mainly because the strategic decisions are taken in Brussels where policy is decided.

Our biggest problems, therefore, lie not with "world conditions", globalisation, population growth or even resource shortages, but with our own governments – their distorted and inadequate policies which create problems where none should exist. That is the essence of politics and when (if) the children grow up and take note of this, we might start getting somewhere.