The land where politics still survives 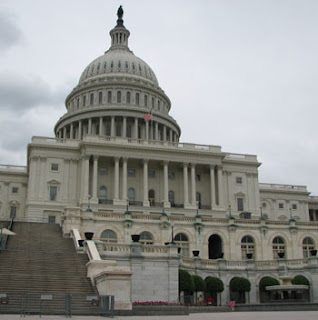 We won't say it's grown-up politics but at least it is politics. In a dramatic revolt against Speaker Nancy Pelosi's refusal to allow Congress to vote on legislation to increase American-made energy and lower gas prices (now reported by CNN) Republicans refused to leave the floor of the House after the Speaker had adjourned the session for the five-week August break.

As recorded by Free Republic they stayed in the chamber to speak directly to Americans watching the historic event unfold above the floor in the House gallery. Even after lights, cameras, and microphones in the chamber were turned off, House Republicans were undeterred, continuing to make speech after speech.

They demanded that Speaker Pelosi listen to the calls of the American people – including those coming from whistling, applauding, and cheering Americans sitting in the gallery – for more environmentally-responsible drilling for oil and gas here at home to reduce the price at the pump. Rep. John Culberson defied the Democratic majority by providing live updates on the protest via Twitter directly from the House floor.

Given the silence of our politicians over here, it is refreshing to see the Republicans in the United States Congress take the energy crisis seriously, attempting to keep it on the agenda.

Somehow, one cannot imagine Mr Cameron's sad crew doing anything like this.