Cutting their own throats 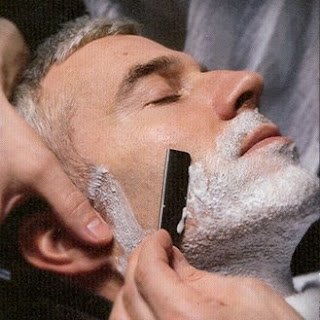 The EU's obsession with the contents of our waste bins continues to cast its dark shadow over UK policy, the Sunday Express telling us that plans are now afoot to tax disposable items such as nappies and razor blades as luxury goods in order to reduce the amount of waste sent to landfill.

It is the "disposables tax", however, which seems to be the government's main new tactic to cajole and increasingly unwilling population into conformity with EU rules. The idea is to impose punitive taxes similar to those imposed on alcohol and tobacco on items that cannot be re-used or recycled.

Products targeted include what the report calls "the usual suspects", such as disposable nappies and plastic carrier bags. However, it also suggests taxes could be applied to other disposable goods, such as paper plates, plastic cutlery, disposable barbecues and even disposable razors, increasing their costs five-fold.

The idea of a nation of shavers weaned on disposable razors reverting to cutthroat razors is an amusing one, but the idea of another tax most certainly is not. Already, there is considerable resentment at the government's enthusiasm for so-called "green" taxes and additional imposts on a wide range of essential purchases is not going to be popular.

In this, the government might have something in common with the men they seek to force into using non-disposable blades for shaving – they will all be cutting their own throats. Better still, we encourage inexpert EU commissioners to try their hands, and make sure there are plenty of distractions.