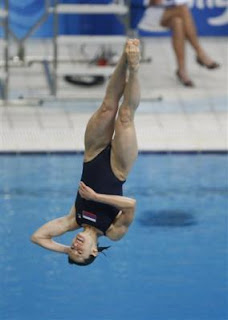 Behind the razzmatazz of the Peking Olympics, there is a darker picture, redolent of the 1980 Moscow Olympics, where the country was starved of food, fuel and power simply to keep the Games going.

This was covered by Christopher Booker in his seminal book called the Games War, to which he referred in one of his recent columns, pointing out the uncanny parallels between then and now.

So it is that The Daily Telegraph (business section) is reporting that China's industrial heartland is facing crippling power shortages, with more than a dozen provinces already rationing electricity. The country is suffering from its biggest power crisis since 2004, when a 40-gigawatt shortfall left three quarters of China in the dark.

The proximate cause is a shortage of coal – an issue we rehearsed extensively in February - then noting how Chinese pressure on the global market was driving up prices to record levels. More to the point, the actual cause is a highly regulated internal market which caps the prices of coal and electricity, making it difficult for companies to invest in new capacity – on top of a creaking infrastructure, leaving a shortage of rail transport to deliver coal where it is needed.

Anyhow, so serious has the situation become in China now that, in order to keep the lights burning in Peking, and the television cameras rolling, that other areas are being starved of power.

In the northern province of Shanxi - produces nearly one tenth of China's aluminium and a fifth of its steel - the population of almost 34m people is having to contend with regular blackouts and metal producers are having to curb production. The local administration has forecast a five gigawatt shortage this summer and put its industry on strict rations.

In Shandong province, the government has moved stockpiles of coal to Peking to ensure power supplies in the capital. As a result, the amount of power available to businesses in Shandong has fallen by around a third in August, leading some factories to run assembly lines at night or to shut parts of their plants.

Nor can this be dismissed as a little local difficulty. The Chinese government has responded by imposing a tariff on coal exports which, according to the Indian Financial Express is driving up prices and putting even more pressure on global supplies.

The metal industries are going to be particularly hard hit as China exports nearly half of the world's metallurgical coke. Furthermore, it China has set an export quota of 12.01 million tons this year, and had already exported 8.3 million tons in the first seven months of 2008. Export prices are thus expected to hit $1,000 a ton, up from $700 currently.

As to coal supplies generally, India will be a key factor in the increasing global competition for energy supplies. The Indian coal industry is the fourth largest in terms of coal reserves and third largest in terms of coal production in the world. The country, however, faces huge deficit of coal. Coal requirement electricity generation is expected to grow ten percent this year and demand for both thermal and coking coal may rise to 1.87 billion tonne a year by 2026.

As supplies from China tighten, India can be expected to look elsewhere for its supplies and, as we pointed out earlier, it is bidding against the UK (and Germany) for South African coal, on which we are currently dependent for much of our electricity generation.

Nor can we rely on cheap gas to make up our shortfall. Today's news of a leak in a North Sea pipeline, in the Norwegian gas field, has triggered a 15 percent hike in UK wholesale gas prices, pointing up the fragility in supply, a situation made worse by Russia's adventures in Georgia.

On this, The Times quotes David Hunter, an analyst from McKinnon & Clarke, the energy consultancy. He says, "Gas available to export from Norway to countries including the UK will be cut significantly and, without adequate storage, the UK will be left to negotiate with Russia and the Far East for supplies or risk running low on energy."

That brings us back full circle. With supply difficulties in China, and India sucking in imports, there are going to be no easy options for the UK, which is going to have to pay through the nose to ensure continuity of its own supplies.

For this who are watching and marvelling at the performance of the athletes, therefore, the message is to enjoy it while you can. The reckoning, as always, will come later … we are heading in the same direction as the divers.