An egregious example of myopia 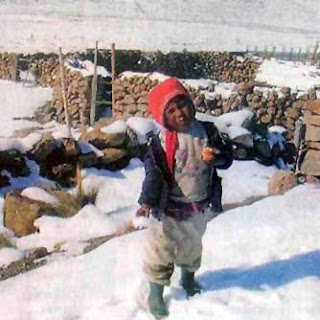 Remember the media frenzy back in 1992 when it was reported that sheep and rabbits in Chile were going blind as a result of the thinning of the ozone layer? With desperate hacks winging their way to the outer reaches of Patagonia, by 1993, the story was in full flood with a July showing of the story on the US network ABC's Prime Time Live.

And, of course, by the time Al Gore got on to it in his book, Earth in the Balance, it had become a matter of firm fact that "in Patagonia, hunters now report finding blind rabbits; fishermen catch blind salmon," all because of the "hole" in the ozone layer.

Not until some time later did a group at Johns Hopkins University investigate the evidence, whence they attributed the cases of sheep blindness to a local viral infection known as "pink eye". But, to this day, the myth survives.

Now fast-forward to today and there is another real crisis in South America – this one in Peru, which we reported a few days ago. And now, so severe is the crisis that, for nearly a month, a major relief operation has been underway.

But, unfortunately for the victims of this crisis, they are suffering from an unfashionable cause - the most severe cold weather on record. Temperatures have been falling to below-zero extremes, threatening the lives of thousands of children and pregnant mothers living in very remote, very poor highland communities. Animals are dying, crops have been wiped out and respiratory diseases are rampant.

And what do we get from the world media? Er … nothing. Nada, rien, absolutely sweet fanny adams. Still though, they prattle on about decreasing Arctic ice, heedless of the reality.

When history comes to be written, the inactivity of the media – to say nothing of the politicians and the chattering classes - surely will be seen as the most egregious example of myopia since Marie Antoinette made her remarks about eating cake.