We already knew this 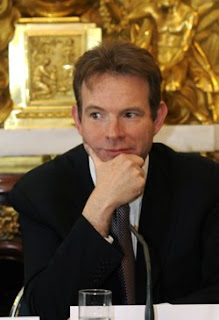 The Irish Times is retailing an article by Charles Grant of the Centre for European Reform which states that the demise of the constitutional Lisbon Treaty would not be a catastrophe. "Europe", he says, is working "fairly well" under the existing EU treaties.

This we already knew, in so far as "Europe" (aka European Union) could ever be described as "working", whether "fairly well" or otherwise. But then, despite the consistent repetition of the mantra, in news agency copy and elsewhere, this treaty was never about "streamlining" and "improving the efficiency" of the institutions.

The agenda was, is and always will be, about continuing the process of European integration. That is why the "colleagues" want the treaty and that is why they will continue to chip away at the edges until they get it.

And when they have got this treaty, in whatever form, they will be back for more, and more, and more … And, until they are stopped by whatever means necessary, what is left of our government will continue to oblige.