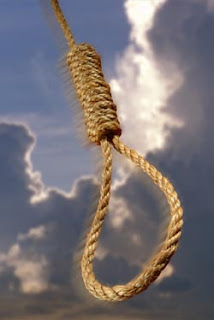 Although the EU has hardly made a secret of it, it has barely impinged on public consciousness quite how much money the Union has been throwing at NGOs to influence opinion in favour of the "European" agenda.

Latest in a long line of beneficiaries, it seems, is the Paris-based advocacy group Reporters Without Borders (most commonly known internationally by its French initials, RSF). This, most famously, produces an annual report which "measures the level of press freedom in 169 countries throughout the world."

Such an organisation - one might think – would have to be scrupulously independent, especially as it is effectively monitoring government actions throughout the world. But, as World Politics Review reports, this is far from the case.

Not only is it handsomely subsidised by the French state, taking money from the prime minister's office, the ministry of foreign affairs, and government-funded the International Organization for "Francophonie" (OIF), accounting for 15 percent of its €3.9 million annual budget, it also enjoys very substantial grants from the European Union. Payments of €1,487,000 and €300,000 have been identified, while the EU commission notes that RSF "has long been a partner of the Commission in realising activities focusing on the preservation and encouragement of independent media."

So, an organisation that is dedicated to encouraging "independent media" is itself far from independent. This might explain why, in its latest "press freedom index", the 14 countries performing best in the RSF evaluation were all European, while the United States was placed a very mediocre 48th - just behind Nicaragua.

"Outside Europe," the RSF claims, "no region of the world has been spared censorship or violence towards journalists" - an assessment that suggests that Europe has indeed been "spared" both, while the US is clearly in the thrall of the censors.

So heavily financed by state organs is the RSF that the World Politics Review offers an alternative term to the "non-governmental organisation" (NGO) label it awards itself. Instead, says WPR, it should be called a "PGO" - para-governmental organisation, thus highlighting the extent to which EU money influences political debate: not only in Europe, but around the world.

An example of the malign influence of EU money comes when FIDH filed a "torture" complaint against Donald Rumsfeld during the former Defence Secretary's brief visit to Paris last month. Many commentators dismissed the move as a typical stunt of European "leftists," but, last year, FIDH received an EU grant of some €968,000 to support the "mobilisation to prevent torture in the framework of the fight against terrorism". This is a heading under which the FIDH's highly public harrying of Donald Rumsfeld could easily be understood to fall.

FIDH also received an EU grant of some €1,092,800 for what the Commission itself describes as "the formation and support of national NGOs for the promotion and effective realisation of the International Criminal Court – which the US (and Rumsfeld in particular) opposes. Additionaly, it was paid €611,200 to campaign for the abolition of the death penalty. Surprisingly, the American Bar Association was also a beneficiary of EU largesse, receiving some €856,563 for the same purpose.

The total of these three grants is nearly €2.7 million, making FIDH undoubtedly one of the leading beneficiaries of European PGO-funding in recent years.

However, even this is only the tip of the iceberg. As we have noted, the EU generously supports environmental groups to promote the "European perspective" on environmental issues. In the period 2002 to 2006 it budgeted €32 million for this purpose while, for this year alone, the budget was €8.2 million.

Other areas where the money flows is to Palestinian campaign groups, with EU cash effectively subsidising anti-Israeli propaganda. Even Amnesty International is said to have its hand in the cookie jar.

And the effect of all this can hardly be overstated. In a society where there is heavy competition to project political messages – and the ability to be heard depends to a very great extent on the degree of financing an organisation can attract – the EU is thus rigging the debate with its huge flows of our money. In so doing it is tightening the noose around free speech.