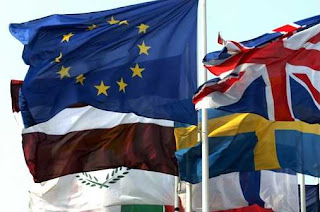 Having picked up the story of the Italian response to the Romanian crime wave, and Prodi's attempt to circumvent EU law by imposing his own decree, what is surprising (although it should not be) is how little coverage this issue has been given in the British media.

More particularly, while it is reported in The Guardian, The Times and the BBC (quite extensively on yesterday's World Tonight), what might be called the right-wing press has been relatively muted.

There is a relatively restrained report in The Daily Mail but there seem to be no references in The Daily Telegraph or The Sun, either or both of which – as self-declared Eurosceptic papers - could have been expected to capitalise on the EU dimension of this story.

In certain respects, this is not surprising. There is an element of coitus interruptus about their coverage of EU affairs. Both are inclined to stoke up passions about the absurdities and perceived injustices of the Union but they always seem to pull out at the last moment. They are perhaps conscious that, if they press their point too firmly, it confronts them with the inescapable logic of their positions, that the UK must seek total withdrawal from the European Union - abstentio rather than interruptus.

It is not only the media, however, that is playing games. The politicians are also joining in. The Conservative Party, for instance, has its own version of the interruptus technique, but it also chooses to keep issues in separate boxes, thus avoiding any sense of linkage between them. 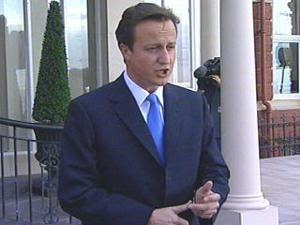 So it is that David Cameron managed to broach the politically sensitive subject of immigration – drawing plaudits for his "measured" approach which avoided the taint of racism – but he did so only by minimising the role of the EU in determining our immigration policy, almost completely airbrushing it out of the picture.

Behind the scenes, though, there seems to be a realisation that the line will not hold. Although immigration has been a no-go area for the chatterati, it is a constant topic of discussion in the pubs and clubs of the realm, reflecting real concern about real problems. Ignoring the problems in the hope that they will go away, or hoping that rhetoric in place of action will suffice, is simply not an option for a putative Conservative government which will want the time and space to pursue its own agendas, rather than being run ragged by events.

The great fear, as we surmised, is that of concatenation – that the two issues of our EU membership and immigration will gradually merge and become one in the public mind. This will bring "Europe" up the political agenda in a way that will make the political status quo unsustainable and negate any attempt at implementing Conservative policies.

Therefore, quiet voices – but with far more support than outsiders would begin to realise – are beginning seriously to address what the Conservative stance should be. To that effect, there is a sense of realism creeping in, recognising that the problems of membership of the European Union and its deadening effect on domestic policy must be addressed.

Sentiment is so far is coalescing around the response to the Lisbon Treaty and while Cameron is under pressure to commit to a post-ratification referendum, the emerging view is that this is not enough, and in any case misses the point.

Issues like immigration – although made worse by the new Treaty – are embedded in the original Treaty of Rome, and would be unaffected by a return to the status quo. And, in any event, Cameron has repeatedly made a commitment to the repatriation of social and employment law, which strikes at the heart of current EU treaties. 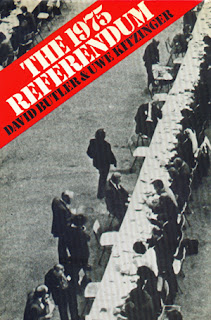 Thus, the thinking is inexorably turning to the prospect of a full-blown renegotiation, to which effect, the Party is seriously having to consider what would be the objectives of such a process and, more to the point, what the electorate would want to see. On that basis – in a mirror of the 1975 Wilsonian effort – we could expect to see not a commitment to a referendum on the Lisbon Treaty – but a poll on the outcome of any renegotiations.

The very term "renegotiation", however, is a debased currency – for two reasons. Firstly, it is now well known that the so-called renegotiation carried out by the Wilson government in preparation for the 1975 referendum was a sham. Britain gained no substantive concessions and we were thus sold a false bill of goods. A more knowledgeable electorate – using the power of the internet – would not be tolerant of such a sham.

Secondly, there is the question of sanctions. It is all very well promising a renegotiation, but any such commitment must also address the very real question of "what if the 'colleagues' say 'no'"? 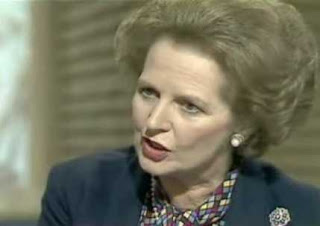 Unlike the Fontainebleau negotiations on the rebate, where Thatcher held the trump card of a veto over a new budget settlement, in a British government seeking renegotiation, the "colleagues" hold all the cards. To call an intergovernmental conference – the necessary precursor to any treaty change requires a straight majority vote. Unless the British government could summon up the support of thirteen other countries, there would be no IGC and no negotiations.

On that basis, any new Conservative government would have to be prepared to make an offer the "colleagues" could not refuse, and be prepared to take the consequences. One obvious stratagem would to be withhold the cheques and, in some quarters, that is being talked about. Whatever is chosen. without a clear commitment to an action to bring the "colleagues" to the table, any promise of renegotiation is simply empty rhetoric.

That brings us to the vexed question of the objectives of any renegotiation, and here again there are two elements – two options. Either the UK could seek to negotiate a completely new structure to apply to the EU as a whole, or it could go for a new settlement that applied to the UK alone, leaving the fundamentals of the treaties untouched, continuing to apply to all the other member states.

The chances of the first option being agreed, however, are so remote and to render any expectations of it happening completely unrealistic. The only real option is for Britain to seek a new relationship with the other EU members, becoming an "associate" in all but name. In effect, this amounts to withdrawal, although the "W-word" could never be used, simply because of the dire, negative connotations. Perhaps it might be better phrased as seeking an "enhanced relationship" or something similar. 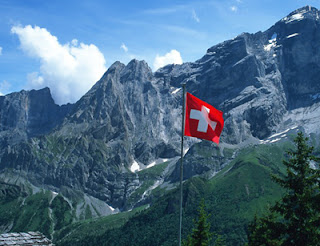 Pre-eminent amongst any objectives must surely be the arrangement of a real free trade agreement, one in the true sense, with allows us tariff-free trading with the rest of the EU but, on the other hand, allows us to develop our own trading relationships with the rest of the world. That would bring us into line with Norway and Switzerland and, since we currently "enjoy" a £38 billion trading deficit with our EU partners (2006), in this respect we have an enormous bargaining chip.

Nor is there a problem with that oft-quoted canard of having our laws made in Brussels, a process over which we would have no control, receiving our laws "via the fax machine", as is claimed to be the case with Norway.

In fact, by far the bulk of the technical regulations emanating from the EU do not in fact originate with the EU, but – as we have pointed out - are negotiated through international bodies, such as UNECE, OIE, CODEX and ICES, on which we are fully represented, and would remain so irrespective of our status with or in the EU.

These bodies actually produce the standards which are then adopted by the EU through the so-called "dual international quasi-legislation/comitology mechanism", the commission in effect acting as the "middle man" in producing the final, drafted legislation.

Similarly, many other vital bodies, such as the European Space Agency, and Eurocontrol, include in their membership countries outside the EU, so our membership could continue irrespective of our relationship with the EU.

Arguably, there is nothing currently dependent on our status as a member of the EU that could not continue – should we so wish – but via our membership of other international organisations, which include EU member states, or by fostering bilateral arrangements with the EU as a corporate body.

Effectively, therefore, the objective of a renegotiation could and should be to remove those elements of the European Union which are directed at political integration, reverting to the status many people already believe we have, one of voluntary co-operation with our neighbours.

Other elements, like farm subsidies, regional grants, and much else, we are quite capable of managing ourselves and, for those aspects which are unacceptably intrusive – such as social policy, immigration and the rest – can be replaced with bilateral agreements between the UK and the EU.

In short, therefore, "renegotiation", followed by a referendum, is a viable prospect, and a politically tenable option for the Conservative Party, but with two caveats. Firstly, there must be a commitment that the process is real, with a willingness to demonstrate that a new government would do whatever it takes to bring the "colleagues" to the table. Secondly, the objectives of any renegotiation must be clearly stated. It then follows that, on the completion of such a process, the government would have to be candid about what it had achieved.

Traumatic, time-consuming this might actually prove in practice but, as we observed, the status quo is not an option. Concatenation looms and, when it arrives, the case for any participation at all in the grand European experiment will be unsustainable.