Did France betray its principles? 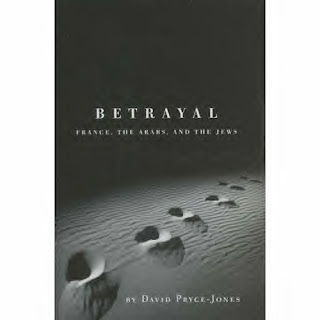 Every country’s, every nation’s view of itself is illogical; every country’s dealings with other countries exhibits quirks and incomprehensible peculiarities. But it often appears that France is the least logical and most quirky of all the European states in its self-perception and its foreign policy.

Some of it is straightforward enough. It is not Britain that has experienced difficulties in finding a role after losing an empire so much as France. The end of its empire was prolonged and agonizing, involving as it did, two expensive and destructive wars that left deep scars on the country. (In the former British Empire the wars came after the British had left, which, one might argue, shows how sensible or, alternatively, how perfidious they are.)

Before that came the French defeat in 1940 and the occupation with all its moral and social problems that have not yet been worked out properly, as we have written on different occasions.

We have also written about French reaction to the political catastrophe of the Suez adventure and the American role in it. This is covered extensively in “The Great Deception”.

So, a good deal of French behaviour can be attributed to a desire to restore the country’s pre-eminent position in at least some parts of the world, a position that was last in evidence in 1814 despite subsequent French colonial wars. Coupled with it is that strong feeling of resentment against les Anglo-Saxes, the British and, particularly, the Americans. In fact, there are times when it seems that the sole purpose of French foreign policy is to annoy the government and people of the United States.

There are, however, complications. One is the European Union, perceived by many of the French elite as the weapon through which France will dominate European politics and become a great power again. Many of its political structures, economic policies and attempts at foreign policy appear to be largely French in their origins. But they are, as it happens, problematic. To a great extent EC rules can be ignored but not totally and France has been suffering economically from her own policies and from those enshrined in the European Union’s legislation. This has contributed to the rather vicious problems in the banlieus, inhabited largely by North African and Middle Eastern immigrants and their descendants.

Another complication is French self-perception, at least, as it manifests itself among the political elite (though, as we know in this country, what the elite thinks does percolate down to the people in one form or another). Part of that self-perception is French political superiority because of certain events in the second half of the eighteenth century. No need to argue about that here but, it is worth noting, that many of our ideas of equality and democracy grew out of those events. So the French do have a great deal to be proud of. But have they, themselves, lived up to those great ideals? David Pryce-Jones, the historian, journalist, novelist, expert on the Middle East, thinks otherwise and marshals his evidence in “Betrayal – France, the Arabs and the Jews”.

The rest of this longish piece about this excellent book can be read here.
Posted by Helen at 11:21