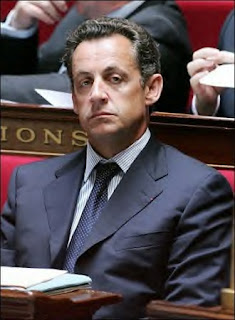 As my colleague has pointed out there seems to be a heavier turn-out for the first round of this year’s presidential elections than might have been expected from a fairly lacklustre campaign on all sides.

What we have seen from the main candidates is empty vapourizing (not unusual in politics) and precious little of substance. The French economy has very serious problems. What to do? Eh bien, it must be reformed, bien entendu, but we cannot give up the special French/European (delete as applicable) social model and become like those villainous Anglo-Saxes. We must have more state intervention to prevent that.

European constitution? Eh bien, we have a problem, bien entendu, and we must face up to it. Naturellement we cannot stop Europe from moving on (especially, if it is in the directions we want it to move) but, there is no denying, another referendum could be trés difficile.

And so on, and so forth. No-one I have read or heard can give a good a summary of any serious candidate’s policies. The exception, one assumes, must always be Le Pen and it will be interesting to see what his vote will be like. My guess is higher than the polls suggest since very many in France would not admit to voting for the man.

Until two days ago when the last polls were taken around 40 per cent proclaimed themselves to be undecided, which is historically very high, just as the turn-out seems to be.

In the first place this was going to be an exciting election, what with the two leading contenders being almost outsiders by French political standards. Nicolas Sarkozy describes himself in his best-selling book “Testimony”, published in the UK by Harriman House so:

Being the son of an immigrant – of the first generation through my father, who came from Hungary after the dramatic Yalta partition, and of the second generation through my mother whose father was a Jew from Salonica – has certainly influenced me. In the France of the 60s, as our country rallied all its resources in the cause of modernisation and development, no doubt it was easier than it is today to be the son of an immigrant. But we loved France. Nobody forced us.

Sarkozy is clearly claiming the heritage of Europe’s difficult twentieth century as well as proclaiming his love for his country. It is a potent mixture and may well appeal to a lot of people who see their country losing standing in the world (actually the standing was lost some time ago but there has been a concerted campaign to deny this). 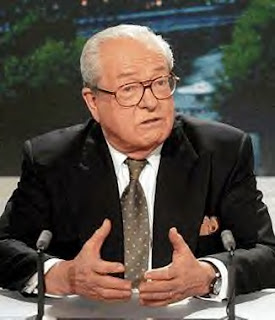 In keeping with this, the early part of electoral campaign seemed to consist of visits abroad and meetings with politicians of other countries. As Ségolène Royal made one mistake after another in the sphere of foreign policy, Sarkozy could present himself as a statesman in the present and the future.

Furthermore, he is not an enarque, a product of the prestigious Ecole Nationale d’Administration, the alma mater of most French politicians and officials.

The book, incidentally, is fascinating and I can quite understand why it sold so well and why Sarkozy’s long-standing and clearly indicated presidential ambitions seemed to so many of his countrymen like a breath of fresh air. Pity about the subsequent campaign and lack of any definite ideas of what he would do if elected, which is at odds with the image of the can-do politician, always on the go, always ready to get about, to meet people, to discuss, to make decisions, to demand action that “Testimony” presents.

It is a picture of a Gallic Churchill, demanding “action this day” and proclaiming from the rooftops. Unlike Churchill, however, Sarkozy is not clear on who the enemy is and where it is, though latterly he seems to have decided that it is America and globalization, not necessarily in that order.

Ségolène Royal is clearly an outsider by virtue of her sex. Though there have been high-flying women politicians in France (we shall disregard that apology for a Prime Minister, Edith Cresson) and the present Defence Minister is one, this is the first time there is a female presidential candidate with a realistic chance of winning. 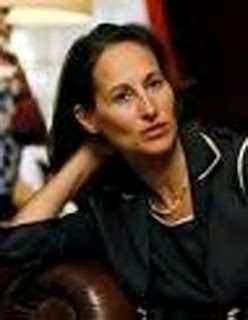 To be fair, the chance was more realistic at the beginning of the campaign than it is now, but the last opinion polls suggest that she will come second in the first round and not too far behind Sarkozy.

Royal, too, has written various books. As it has been pointed out, you are not considered to be a serious politician in France if you do not write or pretend to do so. It is, however, her biography by Robert Harneis, also the translator of “Testament”, that has been published in the UK, again by Harriman House.

The story he tells is of

a tough, clever girls from a village in Lorraine who grew up in the traditional world of a French Catholic family with a proud military and bourgeois heritage.

Then she became a Socialist and spurned that heritage.

The book tells us a lot about Royal’s education (she is an enarque, as is her partner, leader of the Socialist Party and something of an electoral embarrassment, François Holland), her political career and relationship with other political figures, the most interesting and mysterious one being with Mitterand, whose apprentice and follower she has always proclaimed herself to be.

What we do not get all that much of is any sense of political ideology though a good deal of fascinating information about the shenanigans behind the political scenes. She is a socialist and believes in the state sorting all the problems out. Is that any different from her rivals, Sarkozy and Bayrou, the only real intellectual among the whole lot of them? Not really.

She thinks education is supremely important as is the family. Many in France feel that both are in a state of crisis (though they have not seen our education). What is Royal suggesting to deal with that? Hmmm. Funny you should ask that. She is not precisely suggesting anything.

As we have pointed out before, she seems to want to solve various problems by throwing a great deal of money at it but also thinks that taxation is too high. A bit of a conundrum, all of it, and Robert Harneis’s book, understandably, does not solve it. 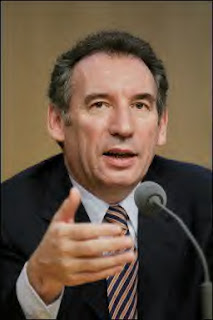 Possibly, it is the strong personality of the two main contenders that has brought out so many voters. On the other hand, there is some indication that it is the “third man”, François Bayrou the voters find most attractive though not the most likely to become President. He has some pretensions to being an outsider – clearly a sine qua non in this year’s presidential elections – not being an enarque but as we have pointed out before, that is only skin deep.

In fact, he is part and parcel of the political class with, apparently, even fewer political ideas than his two main contenders about badly needed changes. He has made a virtue of it, proclaiming that Sarkozy’s and Royal’s extravagant promises made them unfit for the presidency while his own modest (or negligible, depending on your point of view) ones are just the ticket.

The real outsider, despite his formidably long political career, remains Jean-Marie Le Pen, the surprise second choice in the first round of the 2002 presidential election. And this time? Well, we shall see.
Posted by Helen at 19:08