Interesting twist to the Wolfowitz saga 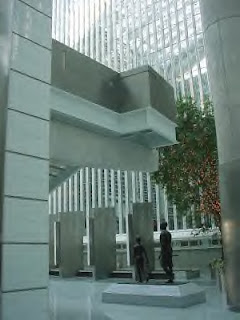 The Wall Street Journal has an interesting article on the Wolfowitz saga. Mr Berkowitz of the Hoover Institution (there are two listed on its website, so it is hard to work out which one wrote the article) points out that the recipients of World Bank assistance, particularly if they are interested in reforming their countries want Paul Wolfowitz to stay.

At a press conference during this month's World Bank-IMF meetings in Washington, four of the more progressive African finance ministers were asked about the Wolfowitz flap. Here's how Antoinette Sayeh, Liberia's finance minister, responded:

I would say that Wolfowitz's performance over the last several years and his leadership on African issues should certainly feature prominently in the discussions ... In the Liberian case and the case of many forgotten post-conflict fragile countries, he has been a visionary. He has been absolutely supportive, responsive, there for us ... We think that he has done a lot to bring Africa in general ... into the limelight and has certainly championed our cause over the last two years of his leadership, and we look forward to it continuing.

She was supported by the deputy prime minister for Mauritius, Rama Krishna Sithanen, who pointed out that Mr Wolfowitz had been supportive of reforms in the country.

We should keep positive that whatever happens to the president, if, for example, he was to leave, I think whoever comes, we insist that he continues where we have been left, in particular on this issue of anticorruption. That is a cancer that has seen quite a lot of our countries lose development and has seen the poverty continuing in our countries. And therefore . . . we want to live up to what [Wolfowitz] made us believe" that "it is important for ourselves to keep to those high standards."

There are one or two interesting points in the article. Paul Wolfowitz, as has been noted before, has demanded results from his staff and has concentrated on the poorest areas of sub-Saharan Africa. (Though some of the countries in that list are extremely rich in resources.)

He has emphasized the need for reform and an end to the culture of corruption. Now, this may be just talk but, clearly, those who have viewed the World Bank as a sinecure for themselves are more than a little worried. So, maybe, this time the talk was going to be translated into action.

After all, it seems to be something of a shock to the system having the President of the World Bank appointing two African-born women as Vice-Presidents. Then there is this problem of results. As the article says about those working for the organization:

the World Bank has always been a sinecure for developed-world politicians. They get handsome salaries, tax free, and their performance is measured not by how much poverty they cure but by how much money they disperse.

The fate of Africa and her people come very low down on their list of priorities. And if the Bank acquires a President who wants to change that situation, a concerted effort is needed to get rid of him.

Imagine how much could have been achieved if the World Bank officials had spent half the time they have wasted on trying to get rid of Wolfowitz on what they are supposed to be dealing with: solving the problems of African countries.