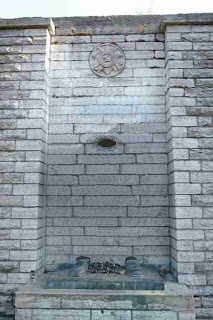 On my last visit to Moscow some years ago I went with a friend to a church and the nearby graveyard. It was explained to me that the graveyard was now minute because of the huge construction efforts throughout the Soviet period but before that it had been a large military cemetery where many of the Russian and allied soldiers and officers were buried during the First World War.

In the post-Soviet years attempts had been made to put up monuments to various Russian officers of that period. It was an interesting experiment since the fate of the various men had been different. Some had joined the Red Army and some the White; some went abroad and died there or, possibly, were handed over for belated settling accounts at the end of the Second World War; some disappeared in Stalin’s purges in the thirties and some actually survived to die in bed to be buried with honour.

This applied to a few senior officers only. For the most part no trace was left of the several hundred Russian and allied soldiers who had been buried in that military cemetery during World War I.

This does bear some relevance to the present problems that surround the question of the Bronze Soldier and the Soviet soldiers buried in the nearby graves (though there is some talk of there being older burials there) and this rather peculiar picture supposedly of the desecrated memorial, though it is obviously photoshopped.

Graveyards and cemeteries do not remain untouched for ever. Anyone who has ever worked on an archaeological dig would know that the dead had been dug up and unceremoniously reburied or simply dumped in the past. One may argue about the rightness of it but not about the facts.

The problem is not so much Estonia as Russia. As I have pointed out before, there was never any suggestion that the Bronze Soldier should be destroyed or that the exhumed soldiers should not receive proper re-burial. It would have been perfectly possible for the Russian government to insist on full military honours for them. Instead, this seemed like a good opportunity to stir up hatred against the West and particularly against the countries that have definitely got away, the Baltic ones.

A longer piece on what has been going on in Russia and Estonia can be found here.