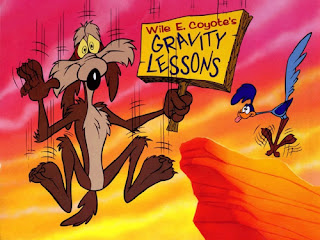 There are two pieces on the op-ed page of The Daily Telegraph today, one from Jeff Randall and the other by Tory MEP Daniel Hannan. Although not apparently linked, read together, they tell a single story.

In the latter piece, Hannan is hyperventilating over a letter written by Angela Merkel, to her fellow EU heads of government. In fact, says the man, "I am clutching in my hot, trembling hands the most extraordinary document I have come across in eight years of Euro-politics. It is a letter from the German Chancellor."

In it, says our Daniel, she proposes a scheme to bring back the European Constitution under a new name - or, as she artlessly puts it, "to use different terminology without changing the legal substance".

Hannan is so excited by this "discovery" that he equates his feelings with how our code-breakers at Bletchley must have felt when a fully operational Enigma machine fell into their hands. After months of guesswork, he quivers, "we finally understand the enemy's intentions… This single providential discovery could represent the turning point of the entire campaign."

It seems our role always to be raining on little Danny boy's parade – likeable fella though he is - but the letter doesn't actually say that. The phrasing to which he refers comes in one of twelve questions which Merkel addresses to her fellow heads of government, in this one asking them as follows:

How do you assess in that case the proposal made by some Member States to use different terminology without changing the legal substance for example with regard to the title of the treaty, the denomination of EU legal acts and the Union's Minister for Foreign Affairs?

This, of course, puts it into a completely different context. With the other eleven questions, it demonstrates no more than Merkel sounding out the "colleagues". And, at this late stage, with only two months to go to the end of the presidency, it perhaps suggests that she is not as far forward as she might have hoped. It might even suggest she is floundering.

Hannan, as you might expect, sees this as a justification for a referendum but, even if he is right about the document, he is but one of a few who can drum up enough energy to be excited about the prospect. In the wider world, there is simply no interest in the machinations of the EU.

By coincidence, it is in the other piece, by Jeff Randall, that the explanation lies. Unlike Hannan, with his day job as an MEP and his equally lucrative writing career, we are, according to Randall’s headline: "Up to our eyes in debt we can't see". And ain't that the truth.

Millions of consumers are shooting for the stars, or going for broke, depending on your viewpoint, he writes. They're borrowing every penny that's available - and then a bit more. Some are deep in debt through necessity: they cannot survive on what they earn. Many are in hock to live the dream: the Chelsea tractor and a Marbella mansion. Others are "eating" their homes, ie, remortgaging to fund essentials such as 50in plasma televisions and sunbeds in the loft. Average interest paid by British households is £3,500 a year, according to Creditaction, a debt charity.

Typical mortgages, these days, are six times the buyers' salary, and house prices keep increasing in price at a rate of more than twice income growth. Some 34 per cent of mortgages taken out in January this year were "interest-only" and buyers are relying on house price inflation to bail them out.

Randall describes the current situation as "hocus-pocus economics" yet, when he raises the prospect of rising interest rates, higher mortgage payments, creeping unemployment and the possibility of falling house prices, "fingers are stuffed in ears, eyes are tightly shut and heads shake wildly: 'No, no, no. Go away!'"

Living in their own unreal bubbles, the majority of people do not really have time for "politics" or any real interest in them – much less EU affairs. Real political issues are, in any case, too close to reality and, when you are in denial, it is much safer to stick to the "soap opera" version of life, populated by Royals, celebrities, tat and gossip.

It is not so much that people are too well off, too comfortable and too secure. Largely, it is the very reverse – we have a population living on the edge of a debt precipice.

In fact, many have gone over the edge, playing out their own version of cartoon physics, akin to Wile E. Coyote forever running off the edge of a cliff, but only plunging to the ground when he notices that he has gone too far. In fact, according to the laws of cartoon physics, he will never fall until he looks down and sees nothing underneath him.

This, of course, cannot last. Recently, I was discussing with Booker whether anyone living in the early 1920s could have predicted that, before the end of the fourth decade of the Century, Germany would be in the grip of a totalitarian regime of monstrous savagery and that the world would be embroiled in another war.

That no one could have made such rash predictions says one thing – that when history moves, it moves very fast. Since the war we have had stability in the western part of Europe for over 60 years – which the integrationalists have exploited for their own ends. But, even within a decade, all that could change. Then, perhaps, we shall take an interest in real politics again.

But, however much Hannan hyperventilates about what is in his "hot trembling hand", the time is not now.