Although one would not hold out The Sun to be the fount of all wisdom, it is certainly the bellwether for a significant sector of public opinion. And, while the "frightened fifteen", clutching their "lucky bags" revel in the warm embrace of their mummies and daddies, and sundry other "loved ones", the redtop has made it clear it sees a link between the bomb in Basra and what it calls the "Tehran tyrant".

Its leader acknowledges that it was "good to see our 15 sailors and marines back on British soil yesterday" but, for all the cheers and champagne, avers that "this was not Britain's finest military hour".

John Humphrys put that very point to First Sea Lord Jonathon Band this morning. He responded: "This incident was a most extraordinary act conducted in those waters and I would not agree at all that this wasn’t our finest hour. I think our people have reacted extremely well in some very difficult circumstances." 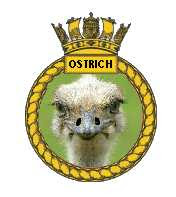 Band then went on to justify his force's lack of preparedness by telling us to look at the boarding "in context", defining the threat in terms of protecting the Iraqi oil terminals in the Gulf from "criminals and terrorists and certainly not the Iranians". The Iranians are not the enemy, he averred. In no way are they considered the enemy. The Iranians "are not part of the scene".

Asked whether he considered the possibility that our service people might be captured by the Iranians, Band virtually squawked with indignation. "As a professional set of Armed Forces – and you can't get a more professional set than the United Kingdom – we are always assessing the balance between force protection and the task we are doing… the decision to go ahead with the boarding was entirely proper."

When Humphrys suggested that the "little boat was out of sight of the mother ship" and that "... it was a pretty cavalier approach," Band showed the ranks were truly closing, resorting to the time-honoured defence of the bureaucrat: "The procedure was correct for the situation on the ground as the commander saw it."

If that does not stink of minds already made up, I don't know what does, but the First Sea Lord could have at least waited until his "lessons learned" charade has run its course before being so confident. Now that he has made so public a claim, it will be exceedingly difficult for him to go back on his words and then admit to any major defects - thus does the cover-up progress.

Needless to say, Band dismissed any parallel between the 2004 incident in the Shatt al Arab, when three boats manned by Royal Marines were seized by the Iranians, but he is undoubtedly assuming that we know nothing about the later incident. Let me reproduce the narrative from Hot Air here:

I don't think it was widely reported, but the last time the 'wood was in the NAG' (North Arabian Gulf) (from roughly Oct '04 until Jan '05) the Brits had a standoff with the Iranians. It was early December '04 if I remember correctly when for a reason we could never ascertain, something like 5 or 6 merchant vessels ran aground trying to enter the Shatt al Arab, which is roughly the dividing line between Iranian and Iraqi waters (depending upon who you ask, as you might imagine). A British Boarding Team boarded one of the aground vessels to try to figure out why so many vessels ran aground at the same time. While in the merchant vessel, small boats from the Iranian Republican Guard Corps Navy (IRGCN) surrounded the vessel and the British small boat standing by. The picture I believe is classified, but you can imagine the reaction of the guys in the RHIB when there were two IRGCN RHIBs within 20 feet, pointing AK-47s and an RPG at them. Needless to say the RHIB backed off and returned to the ship. The Boarding Team hunkered down and the diplomacy started. It ended with the Boarding Team getting lifted off the merchant via helicopter, a needlessly dangerous operation, because the Iranians gave them permission to do so by air but only until sunset. After that all bets would be off.

Then there are the more recent incursions reported by CNN, there was the Iranian attempt in September last to abduct US soldiers, the bellicosity of recent statements, the fact that the CIA had warned the British to expect reprisal attacks from Iran after America detained five suspected Iranian intelligence officers in Iraq. And there was also the Iranian action against the Iraqi naval forces in January 2006.

From all this and the activity of Iranians against land forces, taking it in its totality (plus, undoubtedly, much more that we do not know about) and potential threat emerges with the greatest of clarity. If Band is really trying to convey to us that there was no conceivable possibility of an Iranian abduction, then he is either incredibly stupid, or believes us to be. Either way, surely he cannot expect us to swallow the line that the Iranians were "not part of the scene". 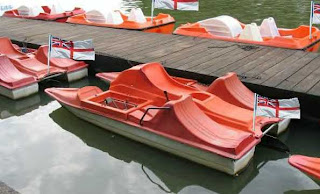 However, given even the remotest possibility of Iranian action – and the very serious consequences that might ensure – we did not expect Band (and his subordinate commanders) to pawn the Crown Jewels to protect our servicemen (or even for our servicemen to take unnecessary risks.) Simply - in view of the vulnerability of the British boats - we believe it is entirely reasonable to expect the commanders on the spot to have used the assets they had available – which included other coalition warships.

Thus, we maintain that the central issue is and must remain the question of why the commanders on the spot sent two lightly armed rigid-hulled inflatable boats on their mission on that fateful day, without a warship escort. Everything else is, in our view, peripheral. Until that is resolved, for Band to pretend that, "the decision to go ahead with the boarding was entirely proper" simply won't wash.