Can't wait to see this one 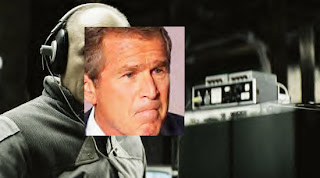 Our readers might recall that not so long ago I wrote about the German film “The Lives of Others” that, contrary to expectation as it showed the East German Communist system in a bad light, won the Oscar for best foreign film, having won various other awards besides.

A week or so ago I was told by a friend who lives in the United States (for those who are interested in such matters, he calls himself English of Irish descent if he bothers to define himself at all) that the film was going to be remade, substituting Bush’s America for Hoenecker’s German Democratic Republic. We spent some time discussing as to who might play the Berlin Wall but came to no conclusion. Surely, I thought, this was just a rumour.

Alas, no. According to an article by Sheila Johnston in the Daily Telegraph last Saturday, the film has been acquired for remake by American movie moguls Harvey and Bob Weinstein. Well, acquired for remake does not mean being remade but it is an ominous message.

There is a longish piece on the subject here.