Good to know he is on the job 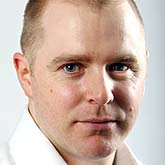 Shane Richmond is not this blog’s favourite journalist. My colleague had a number of run-ins with him back in the days of Qanagate. He has just cropped up again (well, I expect he has been around but not writing anything worth quoting).

In today’s Daily Telegraph, Mr Richmond is reporting on a row that has been going on in the blogosphere and providing a rather vacuous opinion column on the subject. The row has bubbled up after a certain, supposedly non-political, which usually means vaguely left blogger, called Kathy Sierra became so upset by the various vicious attacks on her by e-mail that she pulled out of a conference and repaired to the withdrawing room with her smelling salts in her hand.

As I pointed out yesterday, there has been a good deal of viciousness in the way right-wing bloggers are attacked, particularly if they happen to be female and/or of ethnic minority, who are never, never allowed to stray off massa liberal’s plantation.

There have been plenty of attacks on the left-wing blogs on right-wing black achievers, like Condi Rice (described as Brown Sugar and worse), Colin Powell and Justice Clarence Thomas (best not to read what was said about him or wished on him).

Michelle Malkin has had to put up with abuse of the first order. Other right-wing bloggers have been abused in no uncertain terms. Jeff Goldstein of ProteinWisdom was stalked by a demented left-wing academic for quite a long time before he finally managed to deal with the situation. (I have read some of the stuff the woman posted and it is indescribably disgusting.)

None of this bothered the great and the good and it still does not bother Shane Richmond, who merely reports that in the wake of the Sierra incident, as if it were the beginning of it all, doomed attempts are being made, not least by the BlogHer women bloggers’ network, who has been remarkably quiet about Malkin or LaShawn Barber, to control the blogosphere and its commenters.

Anyone who wants to see an entertaining discussion on the subject might like to watch this tape of Mary Katharine Ham of Townhall.com taking on Arianna Huffington of HuffingtonPost. (And to think that I can remember Ms Huffington when she was right-wing and Republican.)

Tim O'Reilly, an American publisher, has asked readers of his blog to help him create a set of rules for online debates. But leading bloggers have dismissed the initiative as well-meaning but misguided. They argue that such a code would be unenforceable and restrict free speech.

The story is not new and Mr O’Reilly has had numerous replies, some more polite than others to his suggestion. If Mr O’Reilly wants to create rules on his blog, he is welcome to it but his rules will not be the same as anybody else’s. What he and his cohorts would like to see, I suspect, though Mr Richmond makes no mention of it, is legislation to control the way the blogosphere develops.

As it happens, there are plenty of examples that could be followed and if Mr Richmond is really looking for news on the subject of cyberspace he might like to think about what is happening in Russia.

Bloomberg News reports that last month’s Russian presidential decree, which set up a new agency to supervise the media and the internet is beginning to bite. The internet and the burgeoning blogosphere (seriously behind such countries as China or Iran) remained the only part of the Russian information industry that was not under government control. No longer.

In December, a court in the Siberian region of Khakassia shut down the Internet news site Novy Fokus for not registering as a media outlet. The site, known for its critical reporting, reopened in late March after it agreed to register and accept stricter supervision.

Antikompromat.ru, which wrote about Putin's pre-presidential business interests, had to find a U.S. Web server after a Russian service provider pulled the plug March 28, saying it had been warned by officials to stop hosting the site.

Last year, the authorities shut down a Web site called Kursiv in the city of Ivanovo, northeast of Moscow, that lampooned Putin as a "phallic symbol of Russia" for his drive to increase the birthrate.

Looks like the presidential campaign in Russia is gearing up as early as that in America though developments are slightly different. President Putin’s spokesman, Dmitry Peskov, has denied that any of it has anything to do with trying to control the internet, goodness me, how could anybody even think of that.

Putin's spokesman, Dmitry Peskov, said that Russia was not restricting media freedom and that the new agency was not aimed at policing the Web.

"If you watch TV, even federal TV channels, you'll hear lots of criticism of the government," Peskov said in an interview. "This new agency will be in charge of licensing. It's not about controlling the Internet."

Hmm. I wonder what Mr Richmond will say about it, if anything, maybe on his excruciatingly dull blog.

Meanwhile Der Spiegel has an interesting article about bloggers in the Muslim world who are trying to speak on such subjects as civil society and women’s rights. The last of these means, in the first place, not being murdered by their families when they had been raped, possibly by another relative. (Western left-wing feminists, are you listening?)

Read the whole piece about these extremely brave people, men and women, bloggers and journalists, who dare to speak out against a powerful and oppressive system. Maybe Mr Shane Richmond and the people he finds so fascinating will take up the cause.