Then there were two 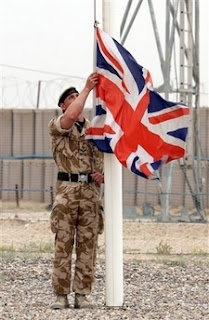 Now it is the turn of massive Shaibah logistics base, south of Basra, to see the Union Jack lowered for the last time. It was handed over in a ceremony to the Iraqi Army yesterday, for use as a training base.

Shaibah is the base the Americans did not want the British to relinquish. From here, patrols were mounted to protect the road from Kuwait to Baghdad, the vital artery through which the bulk of US (and British) supplies flow. Basra Palace is in no position to supply patrols and troops in BAS are the wrong side of town – vulnerable to attack as there are few roads which can be used. 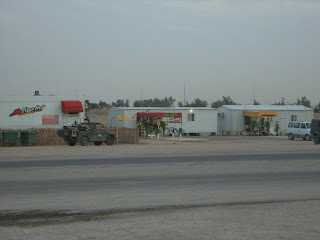 However, the deed is done. The Danish contingent also joins the exodus, having acquitted itself well (although getting little recognition in the British press), leaving Iraqi troops to celebrate. One hopes that, unlike Abu Naji in Al Amarah, they can keep hold of it. Many millions of British taxpayer's funds have been invested in the infrastructure.

Needless to say, this is not a retreat. It is a tactical repositioning – or so it is claimed. Time will tell whether it is also a dreadful mistake. Certainly, the Pizza Hut staff will be regretting the move.