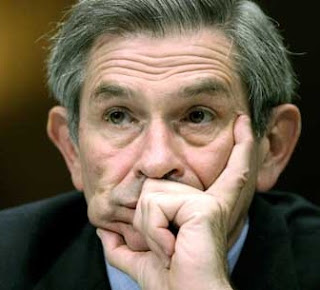 Back in October we reported what was promising to be a juicy scandal, the tale of Commissar Verheugen and his lady friend, Petra Erler, whom he had appointed to be chef du cabinet, giving her in the process a hefty salary rise from €9,045 to €11,579 a month (€138,948 a year).

Commissar Verheugen and Ms Erler were photographed walking round hand in hand and, at one point, wearing nothing at a nudist beach, unless you count a baseball hat as clothing.

At the time there were two theories advanced. Verheugen had taken on the job of Vice-President of the European Commission with great promises to reform the institution and to have a bonfire of red tape and regulations. (At least I think he was the one with the bonfire.)

When this did not work, he complained about obstructionism among Commission officials. As the Wall Street Journal Europe put it recently:

Mr. Verheugen announced plans in 2005 to do away with scores of economically burdensome and antiquated regulations, which he thought could help lift economic growth. When his efforts went nowhere, he gave an interview to the press blaming the failure on the opposition he'd encountered within the Brussels bureaucracy. The Commission's staff union reacted predictably, by calling on him to apologize and suggesting he resign. Not coincidentally, it was around the same time that stories of his special relationship with Ms. Erler, and of her new job, came to the attention of the press and the public. 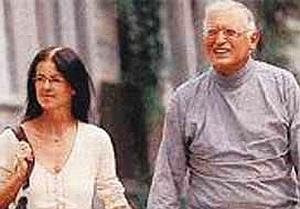 A coincidence? Maybe. The machinery of bureaucracy does not like anyone who tries to tamper with it. Not least of the coincidental news stories were the suggestions that, in fact, it was all the other way round. Verheugen knew that the embarrassing pictures were about to surface and launched a pre-emptive attack at the bureaucrats in order to blame them for the publication.

However one looks at it, neither Commissar Verheugen nor Ms Erler have suffered. His various colleagues rushed to his defence on professional grounds with great proclamations of the need for privacy, though his behaviour had clearly undermined the Commission’s code of conduct.

Try as I might I cannot find any motions of censure in the European Parliament or calls for the Commission and Verheugen’s office, in particular, to regain its dignity by sacking the man.

The reason this old story is being rehashed by Brett Stephens in the WSJE, among others is because there are certain similarities with the ongoing Wolfowitz saga, he being the man, whom the World Bank officials did not want, whose attempts at cutting corruption they have undermined and whom they are now managing to smear quite effectively.

There are also certain differences:

“Now consider the Wolfowitz saga. Superficially, the similarities with Mr. Verheugen rest with the details of their respective scandals: a close lady friend on staff, a suspiciously generous pay raise, allegations of nepotism and conflicts of interest.

But aside from the facts that Mr. Wolfowitz is unmarried and prefers his clothes on, the substance of the cases could not be more different. Mr. Verheugen seems to have obscured the nature of his relationship with Ms. Erler; Mr. Wolfowitz acknowledged his relationship with Shaha Riza before he took the job as Bank president. Mr. Verheugen sought to use the power of his office to bring Ms. Erler nearer to him; Mr. Wolfowitz sought to use the power of his to move Ms. Riza away. Ms. Erler moved into a better job; Ms. Riza was forced into a lesser one. Mr. Verheugen ignored his own code of conduct; Mr. Wolfowitz followed the instructions of his ethics committee, whose chairman later praised him for acting in a "constructive spirit."”

There is also another difference. The same people who have huffed and puffed about Verheugen, his professional achievements and the need for privacy, are demanding that Paul Wolfowitz resign, whether his is guilty of inappropriate behaviour or not, in order to restore the World Bank’s good name (in itself something of a joke).

Even the European Parliament (called completely incorrectly by Reuters and others "the European Union's legislature") has voted 332 votes to 251 to call for Wolfowitz’s resignation, though this is not, in any sense of the word, their concern.