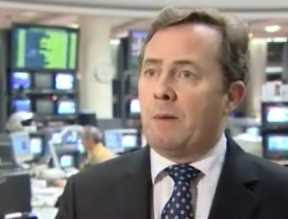 Desperate to force the resignation of the defence secretary over the Iran hostages, Conservative politicians are now making spurious claims about his involvement in the "cash for stories" debacle. The political treatment of an issue vitally important to the Armed Forces and the nation has, thereby, been turned into high farce.

In what is clearly an orchestrated initiative, they have regaled both The Times and The Daily Telegraph with a wild charge that the secretary, Des Browne, has breached military regulations (known in this country as Queen's Regulations). These, they claim, required him to make the decision to allow the hostages to publish their story, on which basis, he is committing two unpardonable sins – giving "misleading information" and wrongly blaming the Navy for the decision.

In The Times, Browne is thus "accused of breaching Navy rules" and, from The Telegraph we learn that, "New evidence piles pressure on Browne". That paper tells us:

Des Browne suffered a severe setback in his battle to survive as Defence Secretary as it emerged that he - and not the Navy - should have taken the final decision on whether freed British hostages could sell their stories to the press.

Clear evidence that Mr Browne should have either actively approved or blocked the sale of stories is contained in the Navy's official rule book, the Queen's Regulations for the Navy, which the Ministry of Defence has been at pains all week to keep secret.

The revelation severely undermines Mr Browne's attempts over the last five days to deflect the ultimate blame for the "cash for stories" fiasco away from the MoD and onto the Navy.

Now, what is spectacularly evident is the thinness of the "evidence". The heart of that story is a quotation from the regulations which relate to obtaining permission to speak to the media. According to the paper, the relevant part reads:

Normally permission to express views on politically controversial issues will be refused. For any exception to this rule the Director of Information Strategy and News (at the Ministry of Defence) will seek the prior approval of the Secretary of State for Defence.

This is the authority the Tories cite to support their claim that Browne should have approved the decision to allow publication. And, in "unearthing the document", they have intensified the pressure on Mr Browne. Says Liam Fox (pictured): "It's very clear that the Royal Navy's own rules show that the ultimate decision is a Ministerial one."

Turning to The Times, we see a slightly different account. This time, Browne appears to be in breach of the regulations because he should have given explicit approval to the Navy's decision to let the hostages speak on controversial issues, rather than "note" it.

Again though, we get the quotation of the regulations, with the supposedly damning sentence that "permission to express views on politically controversial issues will be refused", and the caveat that the news director at the ministry "will seek the prior approval" of the defence secretary for any exception to this rule.

And so to the beef. Astute readers will note that the full text of the regulation includes the phrasing "...to express views on politically controversial issues". But, as we are all fully aware to the point of nausea, the hostages who did speak did not "express views". They simply gave an account of their experiences.

By any normal construction of the English language, to tell a personal story is wholly different from "expressing views" on an issue. The hostages' actions do not fall within the scope of the regulation cited.

Further, had Browne really breached his own department's regulations, the Navy's Second Sea Lord, Admiral Johns, would also have to be in the wrong. He says he made the crucial decision. On top of that, the MoD officials who briefed the secretary of state would also have been wrong. Failing to understand their own regulations, they must have given him the wrong information.

Any which way you cut it, Liam Fox's arguments are wholly spurious.

So obvious is this that one can scarcely credit the fact that two major newspapers have actually taken the trouble to print the story. And in each case senior political correspondents have added their by-lines. Such is their meat and drink.

Given the nature of the story though – and the importance of the main issue - is it any wonder that we hold so many politicians and journalists in utter contempt? More especially though, the Tories have nailed their colours to the wrong mast and are making complete fools of themselves.