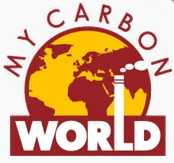 The trouble with "global warming" is that it is now a major industry in its own right, forming a huge constituency in support of controls and regulation, from which it is making lucrative incomes.

One of these, what might be called "rip-off merchants" – although the Financial Times is far too polite to use that term – is an outfit called MyCarbonWorld, which has been offering "EU phase one" carbon offsets to industry at £6.40 per tonne.

However, courtesy of the Department for the Environment, Food and Rural Affairs – the organisation which found BSE in sheeps' brains, only to discover it had been testing cattle brains all along – such a cock-up has been made in the allocation of these "carbon offsets" that their price has now plummeted to £0.34 per tonne.

Faced with a profusion of offset schemes on the market, and misleading advice from Defra, however, it seems that many British companies have bought the full-priced offsets, paying far more than needed.

Unabashed, Defra has not admitted any responsibility for this debacle. Instead, it has blithely set about proposing a new set of guidelines for the next phase of the EU-inspired scheme, telling all and sundry that: "We believe that businesses and consumers are looking for increased clarity in the offsetting market".

At least they got that last bit right, although one cannot have much confidence that anybody needing "clarity" will get it from this benighted Department. In the meantime, MyCarbonWorld is happily telling its gullible punters that is system "is regulated by the EU and the Department for Environment Food and Rural Affairs in the UK".

That should surely want to make you run a mile.