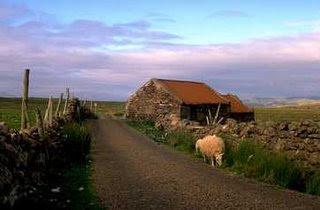 In January last year, we ran a straightforward little story based on one from The Sunday Times (Scottish edition).

Headed, "This is where your money goes", the story was about how money from the European Regional Development Fund had been dolled out to a tiny Scottish community in the picturesque Coigach peninsula in Western Scotland, to refurbish the community hall.

Although we cited it as a classic example of "Brussels waste", alas the story was not true. We have just heard from the former chair of Coigach Community Hall (things move slowly in sleepy Coigach) who tells me that The Sunday Times later issued a correction, admitting that the hall received no European money.

The heart sinks. Where is this much-vaunted MSM, with its legions of fact-checkers? But then, perhaps this is a question of the biter bit. What was it we were saying about never believing anything you read in the newspapers? Or blogs, for that matter.