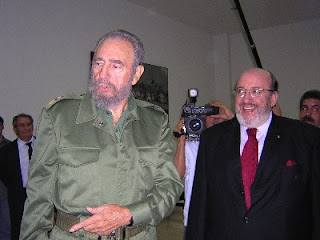 One of the most boring points that is always thrown at active eurosceptics is the grand assumption made usually by people who have never been outside this country except on holiday that we are all now Europeans rather than British, French, Germans or whatever. It is an easy point to dispose of but it is dull beyond belief.

Another category of people who are preoccupied with being “European” are the eurocrats and, sad to say, would-be eurocrats, the youngsters who have already planned their career in transnational bureaucracies.

It is, therefore, of some interest to discover that, as it happens, the most pre-eminent eurocrats of all, the Commissioners, think more highly of national politics than of European.

We can all recall Romano Prodi all but retiring from being Commission President (though not, one suspects, giving up the handsome salary and even more handsome perks) when the siren song of Italian politics began to sound.

Not so long ago we wrote of the fragrant Margot deciding to do a bit of moonlighting as a Swedish politician, having avowed as a Commissar to serve the interests of the European Union disregarding all national ones.

She is not alone. Louis Michel (he is the one not in uniform in the picture) is going on a month’s sabbatical in order to take part in the Belgian elections. The European Parliament, we are told, is not happy about it but, hey, who is listening to them?

It seems that Commissar Michel will be on unpaid leave (can this be true?) from May 12 when the electoral lists are submitted until June 10 when the election takes place. Any campaigning he might do before that will be strictly at the EU’s expense. No need to declare it.

According to the Rwanda Information Exchange (no, I don’t know either why they bother with this, except that, of course, Commissar Michel is source of aid funding):

Whatever that last phrase might mean. Commissar Michel says that he agreed to stand on his party’s list for the Senate on condition that his name is the lowest-placed on the list. Why do it at all, one asks oneself, except for the nagging suspicion that national politics matters a good deal more than European even to the über-eurocrats.