The failure of a system 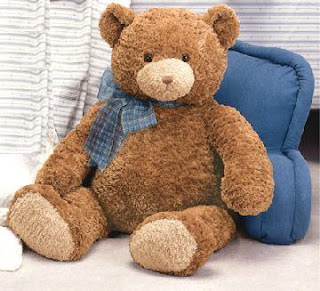 Imported toys, according to The Times, have never been more dangerous.

In fact, the number of deadly toys found on sale in Britain doubled last year, attributable to the increasing volume of Chinese imports. This has brought an influx of games and gifts with the potential to poison, suffocate or choke. And so bad has the situation become that trusted brands such as Mattel and Ladybird, and retailers such as Argos, have been forced to withdraw products deemed to put children at serious risk.

This should not be. In 1988, the EU promulgated the Toy Safety Directive, tied in with the now familiar CE marking system, the system in its entirety requiring toys to be subjected to stringent testing at the point of production, following which the CE label is attacked.

The crucial part of the system is that, provided the product bears the magic symbol, it cannot be inspected at the port of entry into the EU, and must be permitted entry on the basis of the paperwork, without further checks. By such means did the EU commission "sell" the system to third country producers, arguing that it would "bring about cost savings".

Simply, all the producers must do is ensure that the product meets EU standards - assessed by a process of self-certification, with no independent checks. Then the CE mark can be affixed and importing member states "may not prohibit, restrict or impede the placing in the market or putting into service of the product." Thus, claims the commission, "CE marking can be regarded as the products trade passport for Europe."

Indeed, that is what it has become - at the price of emasculating domestic controls over the safety of imported toys. In the absence of physical checks at the port of entry, any non complaince with EU safety standards has to be picked up by Trading Standards Officers, but only on the basis of consumer complaints. By then, it is often too late – the damage has already been done.

What we are seeing, therefore, is the failure of a system, which now puts our children at risk. Oddly enough though, The Times neglects in any way to mention this in its report. So, even when the EU fouls up, it goes unnoticed, simply because the media has no real idea how the EU system of government actually works.

The failures, it seems, are not confined to the EU.