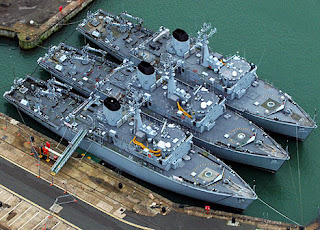 Some of our more frequent American visitors must wonder whether they are intruding on private grief, as the thrust of the posts on the Iran hostages drama moves from operational aspects to narrow UK party political issues.

However should the politicians currently masquerading as Conservatives – the Party of Margaret Thatcher – actually achieve power in the next general election, it will be them upon whom the US will rely for its continuing support in Iraq, Afghanistan and elsewhere. The Party that is making the political running over the hostages issue may, therefore, determine the shape of the future alliance.

Why that might concern both US and British citizens is that, as we get to know the Party as it is led by the Boy King, David Cameron, it looks increasingly to be wholly unfit for government – not that we had any doubts right from the start. "New Conservatives – New Nightmare", might be an appropriate slogan.

In this post, therefore, we offer another example of why the Conservatives are unfit – an apparently minor issue but one which is potent in its symbolism and profound in its implications.

The example itself appeared in yesterday's Mail on Sunday claiming that three former minesweepers, converted into patrol boats, were currently mothballed in Portsmouth Harbour. Had they been available in the Gulf, the paper claims, they could have prevented HMS Cornwall's boarding party from being abducted by the Iranian Revolutionary Guard.

If the story sounds familiar, that's because it is. We ran it on 3 April after it had been raised in a letter to The Daily Telegraph on the same day. So much for the MSM being on the ball.

The points made, however - in the letter and in the Mail article are spurious. There is no need for three, rather ancient patrol boats – which would need substantial upgrading before they were suitable for operations in the Gulf – when there were already 12 warships in the area, including two British minehunters and the Cyclone-class fast patrol boats.

What is particularly relevant here, though, is that the Mail article cited Tory shadow defence minister Dr Julian Lewis, in support of the point it was trying to make.

Now, Lewis could have said that shortage of patrol vessels was not an issue. Precisely the point we have made above, HMS Cornwall was part of a coalition task force, under the command of a British officer, and there had been – on the face of it – no shortage of vessels. They crucial question appears to be one of how they were (or were not) deployed.

Instead, Lewis used the opportunity to promote the party political line, saying: "The main problem is the massively reduced number of vessels in the fleet as a result of its dogma that numbers do not matter in the age of powerful ships. But numbers do matter, and Gordon Brown's defence cuts mean we do not have significant vessels for duties like this."

Lewis does have a point, of course. It is one which we rehearsed on this blog last June, commenting on information sent to us by a reader on a (then) recent conference. "It is all very well," we wrote

…having the hugely sophisticated and expensive Type 45s, geared to knocking advanced fighters and bombers out of the sky, or massively costly aircraft carriers to support the European Rapid Reaction Force, but much of the Navy's work is in low intensity tasks such MIOPS (maritime interdiction operations – i.e., challenge, board and search potential smugglers) or deterring piracy and other forms of maritime crime. For this, we are told, there is an urgent need for a number of fast, armed patrol vessels. 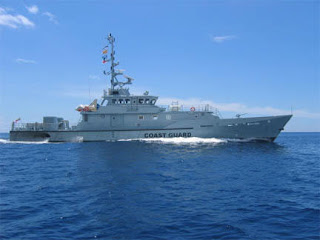 Those comments look rather prescient now, except that, in May 2005, the prestigious Naval Review published a paper (no link) in which the author deplored the lack of definition of the role for inshore patrol vessels (IPVs). And this was hardly surprising. Then, and now, there were no IPVs on the Royal Navy's inventory. The Jamaica Defence Force is better equipped than we are (the picture shows, ironically, the JDF inshore patrol vessel HMJS Cornwall).

But, while defence spokesman Liam Fox set out his thinking for the strategic role of the Royal Navy in June last year , this was not an issue he mentioned specifically (or at all) and we are not aware of Dr Julian Lewis having mentioned it before either. But the need is there. We cannot always rely on coalition forces.

Yet, the likelihood is that neither of them did because, to remedy a major gap in the Royal Navy's capability, would require a spending commitment – and that is the one thing that Boy Cameron's team is not allowed to do.

Thus we have the familiar Tory opportunism, but possibly ignorance as well – and either would be worrying. But if Lewis did not know the background to the operations in the Gulf, then he is not fit to be the opposition spokesman. And, if he is not fit for opposition, he is not fit for government. Nor is the defence team under the tutelage of Dr Fox, if it cannot commit itself to remedying capability shortfalls in the Royal Navy.