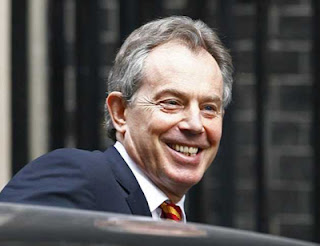 It is so much of a "dog bites man" story that it scarcely warrants a mention, the confirmation from Blair that, whatever changes are made to the EU treaties through Mrs Merkel’s current initiative, there is not going to be a referendum in the UK.

We could join the crowd, I suppose, and utter the ritual protests. The Tories have been doing this, accusing Blair of trying to introduce elements of the constitution "by the back door". But then, I don’t see any commitment from them to hold a referendum, should they get into power. Hague simply talks the talk, saying, "This would go against the government's previous assurances and be totally unacceptable to the people of Britain."

Blair's rationale, according to an interview with the Financial Times is that the changes being proposed – whatever they are – are not a "constitutional treaty". They do not alter the basic relationship between "Europe" and the member states, then there isn't the same case for a referendum."

He concedes that the British government is "going to get attacked whatever we do," but then argues that "Europe" needs to do it to move forward. In other words, it doesn't matter a stuff what you think, chuck. "Europe's" needs are greater than yours.

This, of course, is the classic hubris of our ruling class but, by and large, not enough people actually care enough to make the difference. There will be ritual huffing and puffing, but not much more. When the EU goes, it will be entirely unrelated to any public opposition to minor amendments to already massive treaties.

But, we can have a bit of fun while it lasts.