When are they going to start doing their jobs? 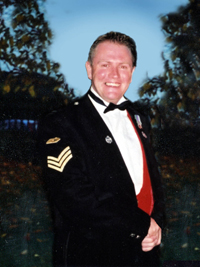 "To send soldiers into a combat zone without the appropriate basic equipment is, in my view, unforgivable and inexcusable and represents a breach of trust that the soldiers have in those in Government."

Oxfordshire assistant deputy coroner, Andrew Walker today, speaking about the death of Sgt Steve Roberts and the failure of the MoD to supply him with body armour.

The danger now is that the media and (opposition) politicians will focus on this one issue - which has actually been sorted. All troops in combat areas have been issued with high-tech body armour. But there are many more fundamental shortages, from armoured vehicles, to thermal imagers and counter-mortar equipment - to say nothing of helicopters and UAVs.

So when are the media and the politicians going to start doing their jobs and demand this equipment, instead of just using troops as a source of cheap copy or stage dressing for their own publicity?