"We should not fool ourselves" 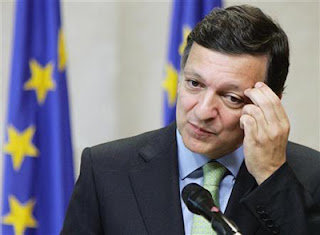 Not us, guv... the words come from our old friend, el presidente José Manuel Barroso. He has told the Bild am Sonntag newspaper that the abortive EU constitution does not have any chance of coming into effect – a more or less direct attack on the obsessive navel-gazing of the colleagues.

All that can be salvaged from it are "its values, principles and substance", says the commission president. He believes that the German presidency could take "important steps" quickly to improve the union's ability to make decisions but when it comes to the Angela Merkel's much touted ambition to resurrect the constitution, Barroso is blunt.

I give you an honest answer, he says. The EU constitution in its current form will not come into effect. "We should not fool ourselves. It's important now to maintain its values, its principles and its substance. Above all, we have to improve the decision-making mechanism, and we need to do that as quickly as possible."

This will not, of course, stop media speculation about Merkel’s intentions. If a little thing like the German constitutional court can’t do that, then the words of the commission president are hardly likely to do it.

The fact remains, though, that it has become a recent tradition for incoming presidencies to "talk up" the constitution, only to slide out six months later with the Community no further forward. 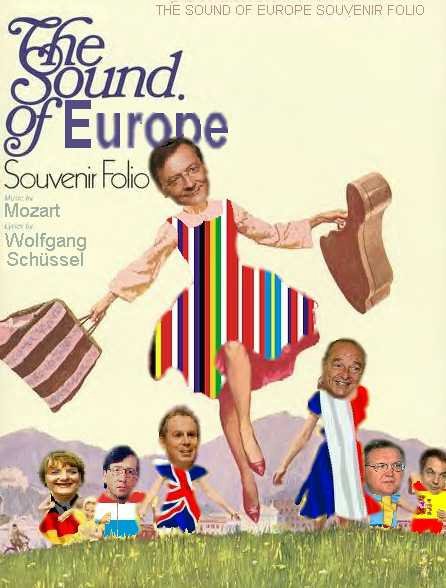 Thus did we have the Austrian presidency in 2005, with chancellor Wolfgang Schuessel spelling out Austria's ambition to "breath back some life" into the constitution. Remember his "Sound of Europe"? And before that, Schuessel was saying: "We have promised ourselves that we will restart the negotiations on the constitution," only to pass on the baton to the UK and thence to Finland.

For once, therefore, this blog and the commission president are at one. Much as we would like it to be otherwise – with the opportunity for a referendum that it affords - there is going to be no EU constitution. Take it from the horse's mouth."