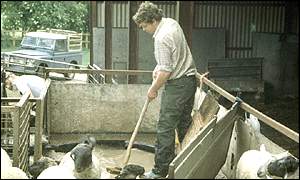 The EU parliament has overwhelmingly approved the REACH directive on its second reading by a majority of 529 votes for and 98 against, ending more than three years of lobbying and political wrangling.

Which goes to show that there are an awful lot of very stupid people in the parliament – but then you didn't need me to tell you that.

The worst of it all is that the bulk of these very stupid people actually believe they are doing the right thing, and are helping to preserve health. But, if you want a graphic example of how the predictive model backed by prior approval completely failed, just look at the tale of the thousands of people affected by organophosphate sheep dips.

In effect, by joining with manufacturers in attesting to the safety of products, government agencies assume some of the responsibility for any product failures – and therefore seek to resist claims rather than help sufferers. In one fell swoop, the official prior approval system aligns government services with the manufacturers against the sufferers of adverse reactions to any chemicals.

Without such a law, (UK) manufacturers already had a duty of care in common law. What was needed was an independent government epidemiological service dedicated to the investigation of chemically induced illness – on the lines of that established for the investigation of infectious diseases - with a predictable and equitable legal aid service which supports injured people in making claims.

Neither of those exist and the REACH directive, far from being a substitute, makes things considerably worse. The EU, in its malign stupidity, has done great harm – something to remember when you see the torrent of propaganda about how wonderful it is in protecting the consumer.