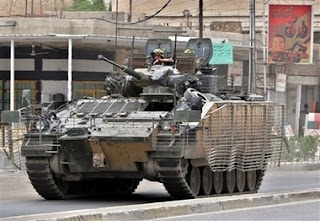 Another soldier has been killed, this one by a roadside bomb in Iraq. And, from reading the official report, the hand of the censor becomes apparent, not in this but in yesterday's bulletin on the soldier killed in Afghanistan.

Today's report openly states that the soldier, from 2nd Battalion, The Duke of Lancaster's Regiment, was taking part in a routine patrol in Basra City "when the Warrior Armoured Fighting Vehicle he was travelling in was targeted by a roadside bomb."

Yesterday, however, the MoD told us that the dead soldier, this one from 29 Commando Regiment Royal Artillery, was killed during a reconnaissance mission in the desert to the south of Garmsir, "in which a vehicle was involved in an explosion resulting in one fatality, one serious injury and two minor injuries."

If it hopes that, by avoiding any mention of the fact that our troops are being asked to patrol in dangerously inadequate vehicles, the media will gloss over the details – thus letting the Ministry of the hook – it is probably right. Reviewing all the media coverage of the Afghan incident up to midday today (GMT), only The Times, to its credit, questioned the type of vehicle involved. 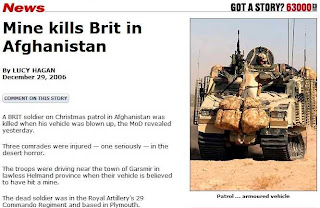 The Sun, on the other hand, went to the other extreme – not only getting the details wrong (the soldier appears not to have been killed by the explosion but by the ensuing crash) but it also printed a photograph of a Viking, under the completely unwarranted caption "patrol … armoured vehicle".

As to The Times report, Jerome Starkey in Kabul and Daniel McGrory, under the headline, "Escalating conflict in Afghanistan claims 22nd British victim", note that:

The vast majority of fatalities have occurred after attacks on patrols where British forces are still without the armoured vehicles they need. …

and then tell us that, "Local police reported that the patrol was not using an armoured vehicle."

The general issue of equipment was raised on the BBC Radio 4 Today programme this morning, with the Archbishop of Canterbury, Dr Rowan Williams, observing that the moral and the practical flaws of the government's policy had emerged as time has gone on, remarking that, "they have put our own troops increasingly at risk in ways that I find deeply disturbing."

This is not the first time that a cleric has commented on the moral dimension of equipping our troops and it is indeed "deeply disturbing" that the government has committed troops to two theatres without suitable equipment. But it is doubly disturbing that neither the opposition parties in Parliament nor the media have properly followed up these issues.

This shows in the government response to the attack in Iraq, as advocacy for the greater use of Warriors has been reported uncritically by the likes of Sean Rayment in the Sunday Telegraph. 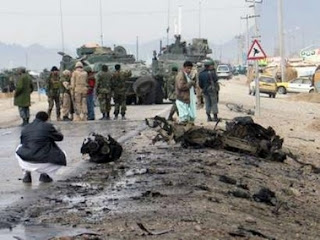 But, as we have reported on this blog , two Canadian soldiers were killed in a Bison APC while others, in less heavily armoured vehicles, escaped with only light injuries. We wrote of the Bison that:

…its fatal weakness - in common with most vehicles of the type - is that it is not designed to be operated in a fully closed down condition for long periods of time. Visibility is restricted and crew comfort (especially when it is hot) suffers. By any measure, this equipment is far from ideal for use as convoy escorts or as patrols in counter-insurgency operations.

What applies to the Bison applies equally to the Warrior and, while even troops in better-protected vehicles have suffered losses (a Canadian soldier was recently killed while riding an RG-31 and, to our knowledge, at least three US RG-31s have been destroyed by enemy action), it has to be said that the Force Protection record, with its Cougars and Buffalos, still stands intact. No deaths have been reported amongst their occupants, despite over 1000 IED hits. 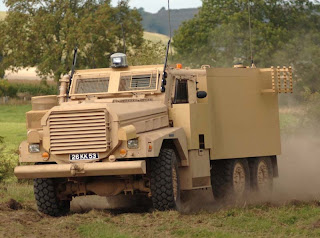 The Cougars, heavily modified and renamed the Mastiff by the British, should now have been in theatre. Lord Drayson made that promise in late July of this year, saying that there would be an "effective capability in place in Iraq by the end of the year."

Yet, it is not since early July that we have had an effective intervention from the Conservatives and, even now, they are ignoring the issue even as troops die for want of the correct equipment and a Minister's promise is broken.

Thus, when it comes to reckoning up the balance, it should not only be the government which is held responsible, in part, for the unnecessary deaths of our troops. We are dealing with a failure of the media to do its job and the failure of the opposition to do its.

And yes, we have said it all before. But, in this game, you have to say the same things again and again before they finally lodge in the collective consciousness. So guess what - each time an opportunity presents, we will be saying it again… and again.