A few spots of bother 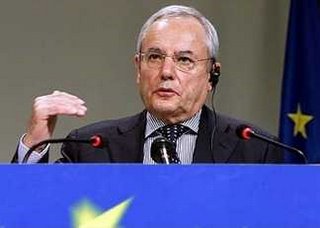 Firstly, despite earlier indications to the contrary, it seems that the EU commission is still waiting for €200m of the initial €1.5bn start-up costs that have been promised by member states.

Secondly, contract negotiations with the private sector operating consortium seem to have "stumbled" over who will pay for potential liability claims. The two sides cannot, for the moment, agreed on how potential lawsuits by users of the system, making third-party liability claims, would be handled.

The potential operating companies fear they could be sued if the technology malfunctioned, leaving them open to claims not sufficiently covered by insurance. Somewhat predictably, the companies involved are refusing to take on unlimited liability. 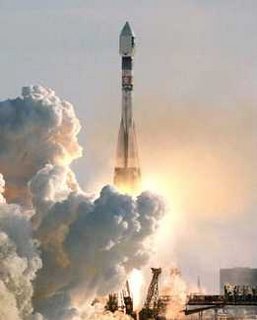 The original plans called for a deal with the private sector to be concluded by late 2005 yet, with it nearly a year behind schedule - and short of money - Barrot is still claiming that "the bulk of the project" remains on schedule. The second test satellite, he says, will be launched in 2007.

Then there is the little matter of a home for the commission's oversight body, the so-called Galileo Supervisory Authority, which will manage the system on behalf of the member states and provide a bridge between them and the operating companies.

Transport ministers were due to agree a location yesterday, with 11 cities in the running: Prague, Ljubljana, Munich, La Valetta, Brussels, Strasbourg, Barcelona, Cardiff, Noordwijk, Athens and Rome. Finnish Transport Minister Susanna Huovinen told journalists after chairing a meeting with her EU counterparts that "This was not the moment for the decision but we have made good progress".

Meanwhile, the commission has launched a four-month consultation, an exercise Barrot hopes will allow private and state players to "explore the full range of possible uses and debate the role of authorities in regulating Galileo, including meeting concerns over privacy." Details, if anyone is that interested, are set out in a Green Paper.

Interestingly and absolutely typical of the way the EU works, the crucial issue of military applications "does not fall within the scope" of the Green Paper. "Consultation on the use of this service for security applications is taking place with governmental and Community entities directly," it says.

Nevertheless, military use remains on the table even though some EU states do not support this option. But Barrot very definitely wants to "leave the door open". He first admitted to a military application this October, the French defence minister having already conceded this use in December 2004 - after we had asserted as much the previous July. 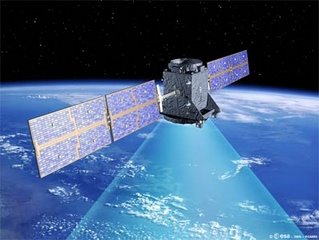 More and more this now looks as if it will not only be a major use, but also the only money-maker. In its discussion document the commission is now admitting (very much in the small print) that Galileo is "complementary and interoperable with the current GPS" (i.e., the US "Navstar" system). It also says that the combined use of the two systems will "significantly increase the reliability and availability of navigation and positioning services worldwide."

What it does not say it that very admission means that the cost recovery model for Galileo, aimed at charging users for access to the signal, is fundamentally flawed. With the US signal being free-to-user, it is hard to see how you can have a composite system where one component is free and the other is chargeable.

Underwriting the operating cost structure has already been a point of contention between the commission and the contractors and this coming issue should be the subject of earnest debate. Member states, in the final analysis, are going to have to fund any shortfall.

But the bizarre fantasy world of the commission is matched only by the myopia of the MSM, which has never seriously engaged with this project. We could, therefore, have in the not too distant future another "Airbus" on our hands – a vastly expensive technological white elephant, draining precious funds from member states, with no hope of repayment.