Should we tell lies? 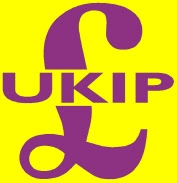 Despite the fact that the EU is not directly responsible for the closure of 2,500 post offices announced last week, the UK Independence Party (the only party telling you the truth about the EU) is inviting us to download a leaflet claiming that the closures arise because:

Due to European Union rules the British Government no longer has the right to provide the traditional £150m Social Network Payment which has kept small local post offices in business.

Standing aside from the usual incompetence displayed by many UKIP office holders, this claim raises an interesting conundrum. Knowing it to be untrue, should we promulgate it, in the knowledge that most people will be unaware that it is a lie – simply on the basis that we are at "war" and the propaganda opportunity is too good to miss?

Or should we try to tell the truth? Would anyone know the difference, and does anyone actually care?