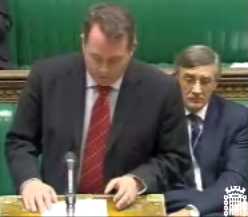 Poor young Tim Mongomerie over at Conservative Home. Having committed his blog to giving a blow-by-blow account of the opinion polls as they happen, he is obliged to report today's Populus poll in The Times. A year into the Boy King’s "triumph" as leader of the Conservative Party – pitted against a discredited and increasingly unpopular Labour government, it shows the Tories with the most slender of leads, cut down to a mere one percent.

In a style redolent of Comical Ali in the dying days of Saddam Hussein's regime, young Mr Tim describes this as a "slightly disappointing change", before going on to bury the news by posting two more stories in quick succession, the latest one headed "Yesterday was a good day for the Conservative Party".

In the manner of one day in the life of Solzhenitsyn's Ivan Denisovitch, I suppose it was a good day, but it can hardly disguise the fact that Cameron's lack-lustre opposition is failing to register. And three of the reasons why are shown in our illustration. Two of them are the shadow defence spokesman, Liam Fox and his (in this case) left hand man, a rather grey looking Gerald Howarth (he of Pinzgauer fame), two men who have consistently failed to set the defence agenda alive. 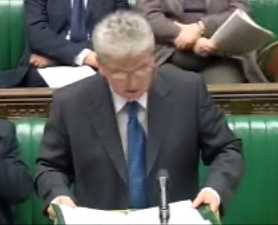 For the third reason, look behind the pair. In the frame, you will see empty space. Now look at the picture of Des Browne, opposing Fox in the exchange. Behind him are seated figures. Look at any "grab" of government spokesmen in Parliament and you will always see figures behind them.

Labour has understood that Parliament is its showcase and they quite deliberately pack the benches round their people, in the knowledge that the camera always takes the close view. This is called doughnutting (donutting, you dumb Yanks!) and it conveys an impression of solidarity and togetherness.

After all these years, the Tories still haven't got even that basic tactic right, and that is the fourth reason why they are doing so badly in the polls. In the manner of the Bourbon kings, they have remembered everything but learnt nothing. You can tell them nothing. They know it all already.

That is why they are going down at the next election.