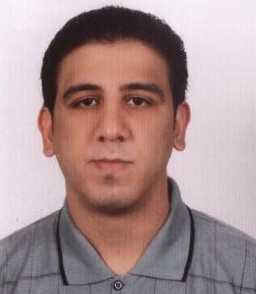 My temporary silence was due to attendance at a conference in Oxford on the thrilling subject of "Intelligence and the Sociology of Terror" - to be blogged very very soon and what turned out to be an all-day visit to a school near Braintree to speak to a very intelligent and receptive group of children about the EU and its various aspects.

However, my first posting back at t'mill will be anything but cheery. In line with our stated policy of publicizing oppression of journalists and, especially, bloggers in countries were tyranny is real, I cannot let pass the case of

Kareem Amer was remanded to over a month in prison for allegedly "defaming the President of Egypt" and "highlighting inappropriate aspects that harm the reputation of Egypt." Where did Amer commit these supposed felonies? On his weblog.

The state controls the media, both printed and electronic in most of the Middle East and North Africa, which meant until very recently that next to no information was available either within those countries or to the outside world about those countries.

This is changing with the technology of the blogosphere but the oppressors strike back. Dalia Ziada, a staffer at the Cairo-based Arabic Network for Human Rights Information and Jesse Sage who directs the HAMSA project of the American Islamic Congress give a short list of those courageous bloggers and web-writers who have already fallen foul of the various regimes and been punished.

All we can do is publicize the cases and show our support that way. We intend to go on doing so. See also a report here (spool down).